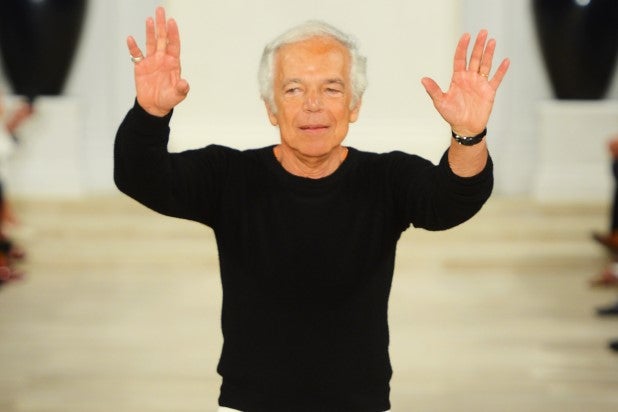 Ralph Lauren, the fashion designer synonymous with American sportswear, will be profiled in an upcoming HBO documentary titled “Very Ralph.” The feature-length doc — airing November 12 — is being touted as the first documentary portrait of the 79-year-old Lauren, who founded his eponymous fashion brand in 1967.

A synopsis for the documentary reads:

“With an uncanny ability to turn his dreams into reality, Ralph Lauren has built a multi-billion-dollar, global powerhouse out of his aspirations, becoming a living embodiment of American optimism and the American Dream. For more than 50 years, he has celebrated the iconography of America and defined American style, translating his vision and inspiration into one of the world’s most widely recognized brands. In ‘Very Ralph,’ as he enters his sixth decade in business, Lauren reflects on his journey from a boy from the Bronx who didn’t know what a fashion designer was, to becoming the emblem of American style all around the world.”

Lauren’s first menswear line, Polo, debuted in 1968. His empire has since grown to include women’s wear, fragrance and home furnishing lines. Lauren’s designs have had an impact in Hollywood: Diane Keaton and Woody Allen wore Ralph Lauren throughout “Annie Hall,” and Lauren himself made a cameo in the hit sitcom “Friends” (Jennifer Aniston’s character Rachel worked for Ralph Lauren in Manhattan). Lauren has also designed Team USA uniforms for several Olympic Games.

Also featured are longtime client Hillary Clinton (whom Lauren designed clothes for during the 2016 presidential campaign), Ralph Lauren Woman muse Jessica Chastain and model Tyson Beckford, who skyrocketed to fame after being featured in Polo campaigns in the ’90s.

In addition to HBO, the documentary will also be available on HBO NOW, HBO GO, HBO On Demand and affiliate portals.