There has been very slight improvement for women and minority TV directors over the past year, according to a Directors Guild of America annual report that was released on Monday.

Women directed 17 percent of all episodes, a small increase from 16 percent the prior year, according to the report.

Ethnic minorities (male and female) directed 19 percent of all episodes, marking only a 1 percentage point increase over the prior year.

“These numbers shine a light on the lack of real progress by employers in this industry, plain and simple,” said DGA President Paris Barclay. “Of particular concern is the precedent being set by the fastest-growing category, streaming video… There’s a long road ahead for true change to be realized — because for that to happen, the pipeline will need to change at the point of entry. Employers will need to implement new hiring practices — from getting more people in the door and interviewing more diverse candidates, to hiring experienced directors instead of handing these jobs out as perks.”

The report analyzes the ethnicity and gender of directors hired to direct episodic television series across broadcast, basic cable and high-budget original series made for subscription video on demand (SVOD). 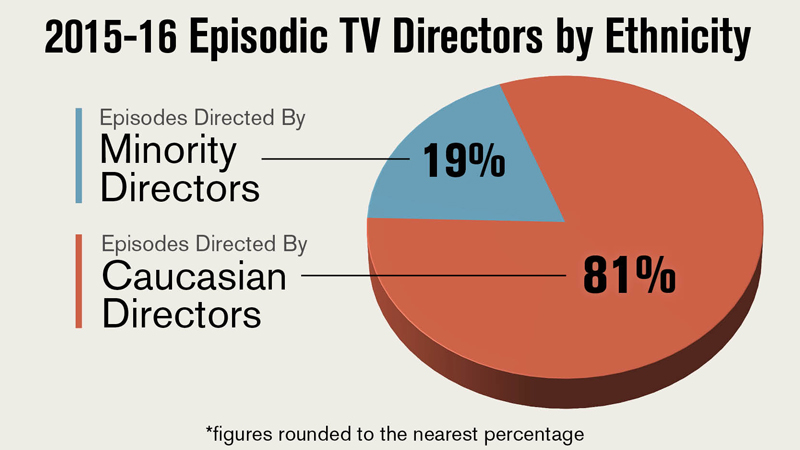 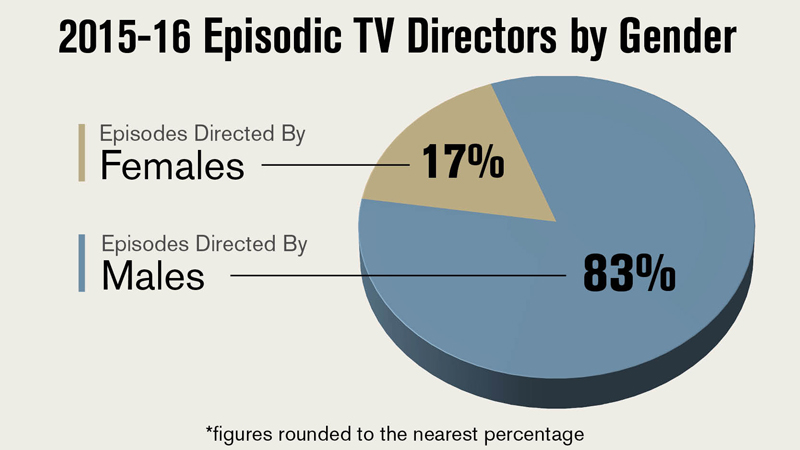 Here are some highlights from the report: