Filmmaker Oliver Stone, who worked with Rivers on many projects, sent TheWrap the following tribute to his friend:

"Steven Rivers was a man committed to the truth, wanting the best for the United States, and digging away at the hypocrisy of so much of our political and media leadership.  He passed too young, but in his last months was extremely lucid and generous in sharing his advice with many of us.  I will miss him deeply."

Veteran entertainment publicist and political activist Stephen Rivers died in the early hours on Tuesday after a long bout with cancer. 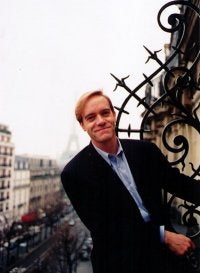 He served a range of high-level clients who included Barbra Streisand, Jane Fonda, the Kennedy family and Jordan’s Queen Noor Rania, as well as the United Farm Workers union.

He also for years represented Michael Ovitz during the tumultuous period in the 1990s when Ovitz reigned Hollywood, but then began his fall from grace. For many journalists, Rivers was the buffer between the media-sensitive Ovitz and those who sought to cover him.

Before that, Rivers worked in the communications staff of Creative Artists Agency. He left to start his own PR agency in 1993.

Many prominent figures in Hollywood visited Rivers in the week before he died, and expressed shock and sadness at his passing.

"I visited Steven only a few days ago and he looked and acted extremely well, considering his condition, so I was absolutely shocked by the very sad news," Ovitz wrote in an email to TheWrap. "We worked side by side for five years together and not only was he the most wonderful person to be around, he became a trusted advisor and friend of the family. He handled his duties with the most extraordinary grace and professionalism at all times. His even temperament was a great asset to CAA and to me."

Rivers was active in Democratic Party affairs, and often involved in the intersection between Hollywood and Washington D.C.

For example, when the Cuban Missile Crisis-themed “Thirteen Days” became the first film George W. Bush screened at the White House, it was Rivers who reportedly arranged it.

In fact, Rivers was also well-known for his frequent journeys to Cuba, often helping actors and directors navigate the travel rules for visiting the country themselves.

Rivers had been battling cancer for the last few years, but took a serious turn for the worse in the last two months. Many friends came to visit his bedside in the last week. Rivers, whose family was from Hyannis, Massachusetts, was especially close with the Kennedy-Shriver family, and worked for Maria Shriver, Eunice Kennedy Shriver and Bobby Shriver on various political, philanthropic and entertainment projects.

“To me the special thing about Stephen was he never, ever lost his cool," said Bobby Shriver to TheWrap. "He worked with my Mom, with Maria, with me. In that trio – remaining cool under pressure is highly prized."

"Stephen had this rare ability to be friend and confidante to many. To be able to cross so many different worlds and to view the world from such a strategic perspective, he was in a class of one," said Dan Adler, a former colleague at CAA and close friend.

According to Shriver, Rivers dropped out of Springfield College in Massachusetts and first moved to California to work for Cesar Chavez. His work as a publicist went as far back as helping Jane Fonda battle handle her "Hanoi Jane"  public relations mess.

Rivers continued to work through his illness, and was a well known figure in media circles from Washington to Los Angeles. In late 2009 he helped bring Hollywood stars Harrison Ford, Ed Begley, and Rob Lowe to a climate summit led by Governor Arnold Schwarzenegger.

Rivers, who died at UCLA Hospital, will be buried in Massachusetts. A memorial service is being planned for Los Angeles.