Narrated by Jim Forbes, the series looks inside the personal and professional lives of musical artists including DMX, Jennifer Hudson and Usher.

The summer season starts June 7 with “Behind the Music: DMX,” tracing the multiplatinum rapper’s journey from his rough childhood, to a life of crime and jail time, to becoming one of today’s most successful hip-hop artists. For the first time on camera, DMX comes clean about his criminal record, love life and 25-year struggle with drug addiction. Lyor Cohen, Irv Gotti, Swizz Beatz and Eve are among those interviewed about DMX. 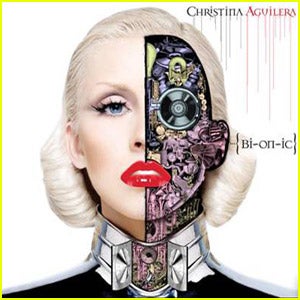 Sunday, June 13, brings two hours of Christina Aguilera. In “Behind the Music: Christina Aguilera,” premiering at 9 p.m., Aguilera talks about her abusive childhood, pursuing her dream of singing at age 6, landing a role on “The Mickey Mouse Club,” being an overnight superstar, struggling against a record label trying to control her image, and reinventing herself with "Dirrty."

That’s followed at 10 by the worldwide premiere of “VH1 Storytellers: Christina Aguilera” on VH1, MTV and MTV channels around the globe. Taped live May 4, the one-hour special includes Aguilera performing a few songs from her latest album, "Bionic," to be released June 8.

"Behind the Music: Eve" premieres Monday, June 14, at 9 p.m. Eve tracks her rocky rise to fame on a journey plagued by bouts of depression, a stint working at a local strip club in the Bronx and painful reminders of her past. The show will highlight Eve’s triumphs and includes interviews with her mother as well as Jason George, DMX and Queen Latifah.

The following week brings "Behind the Music: Courtney Love" at 8:30 p.m. on Monday, June 21. Starting with her troubled upbringing in Portland, through her success with the band Hole and her marriage to Nirvana’s Kurt Cobain, through his suicide that left her a single mother, and on to a critically acclaimed acting career, the special 90-minute show tracks Love to her new album, “Nobody’s Daughter,” and her life today. Featured in-depth interviews include her family, members of Hole and directors Milos Forman and Alex Cox.

"Behind he Music: Jennifer Hudson" premieres Monday, June 28, at 9 p.m., tracing her rise from humble beginnings with her close-knit family on Chicago’s South Side to her early elimination from "American Idol" to her Oscar-winning performance in “Dreamgirls.” For the first time, Hudson speaks about the unspeakable tragedy of losing her mother, brother and nephew in a triple murder, as well as her triumphant return to the public eye on the night she won her first Grammy. The show features Hudson with her son as well as interviews with her sister Julia, Randy Jackson, fiance David Otunga, Jamie Foxx, Queen Latifah, Whitney Houston, Ne-Yo, Robin Thicke and Clive Davis.

Jennifer Lopez takes her turn in the spotlight on Sunday, July 4, at 9 p.m. The saga of a Puerto Rican girl from the Bronx who danced her way onto the national stage as a Fly Girl on Fox’s hit series "In Living Color," and then onto major labels and the big screen, Lopez knows no boundaries. From her early breakout role in “Selena,” to her news-making romances with P. Diddy and Ben Affleck, to her marriage to Marc Anthony and the birth of her twins, Lopez looks back at how she found a way to have it all after living through a lifetime of hard lessons. Interviews include Marc Anthony, Sean Combs, Keenan Ivory Wayans and Tommy Mottola.

"Behind the Music: Usher" wraps up the summer season in its premiere at 8 p.m. on Monday, July 19. The show chronicles Usher’s rise from a small-town choirboy discovered at a local talent show to one of the biggest selling R&B artists of all time. He talks about growing up in the public spotlight, the outlet he found through music and the true meaning behind some of his biggest songs. For the first time, Usher also touches on the emotional reunion with his father who abandoned him as a child and his recent divorce from wife Tameka, as well as his newfound love for mentoring, most notably his latest protege, Justin Bieber.

“Behind the Music” is executive produced by Shelly Tatro, Brad Abramson, Stephen Mintz and Jeff Olde for VH1. Executives in charge of music talent are Rick Krim and Leah Horwitz. The Christina Aguilera, Jennifer Lopez and Usher episodes were executive produced by Mark Ford and Kevin Lopez for Creature Films.