"Clueless" star Stacey Dash says she’s about to headline her own VH1 reality show. VH1, however has a slightly different take on the matter. 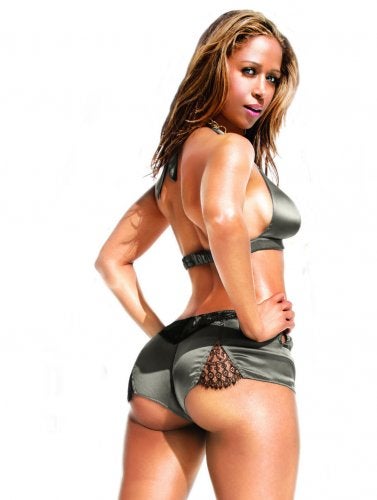 The friendly folks at "The Wendy Williams Show" blasted out a release Thursday saying Dash — who recently generated buzz for an Oscar date with Jamie Foxx — would be "announcing" her new VH1 gig on Friday’s "WW."

MoJoe called VH1 to get more details on this big new Dash series. You know, a title, when it’s premiering, etc.

Actually, what a VH1 spokesman told us was: "Stacy is talking to VH1 about a show, but a series has not been greenlit at this time."

Translation: We’re talking, we’ll probably shoot some footage — but Ms. Dash shouldn’t blab so freely. At least not yet. If and when we do announce a series in six months or a year, we’re praying Ms. Dash won’t stop talking about it.

Another person familiar with the matter confirmed that VH1 and Dash are, indeed, in early development of a reality show. What’s more, in addition to Salsano, Nick Cannon — he of the married-to-Mariah-and-hosting-"America’s Got Talent" fame — is set to executive produce the project.

If, you know, it actually goes forward.