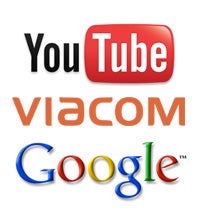 In June, when Viacom lost its closely watched $1 billion copyright case against YouTube and Google, Viacom vowed it would appeal the decision.

On Wednesday, Viacom filed that appeal.

In June, a judge in the U.S. Southern District of New York granted Google’s motion for summary judgment in the case, effectively ruling in favor of YouTube’s contention that it should be protected by the Digital Millennium Copyright Act (DMCA) in cases of copyright infringement.

“We believe that this ruling by the lower court is fundamentally flawed and contrary to the language of the Digital Millennium Copyright Act, the intent of Congress, and the views of the Supreme Court as expressed in its most recent decisions,” Viacom said after losing the initial case. “We intend to seek to have these issues before the U.S. Court of Appeals for the Second Circuit as soon as possible. After years of delay, this decision gives us the opportunity to have the Appellate Court address these critical issues on an accelerated basis. We look forward to the next stage of the process.”

Google’s lawyer countered with this: “This is an important victory not just for us, but also for the billions of people around the world who use the web to communicate and share experiences with each other.”

Whether or not Viacom’s appeal is successful could have enormous implications on user-generated content – and not just the cat videos.

“[This] isn't just about YouTube," David Sohn, senior counsel at the Washington, D.C.-based Center for Democracy & Technology, said in response to the June ruling.  "Without this decision, user generated content would dry up and the Internet would cease to be a participatory medium."