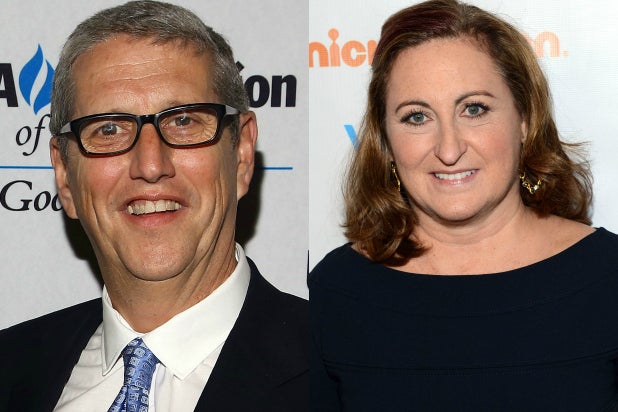 “The new groups are an enormous opportunity for us to take advantage of our strong creative teams, to share our expertise, and to promote greater cross marketing and, in some cases, cross channel programming activity,” Dauman wrote in an email obtained by TheWrap.

The Viacom Music and Entertainment Group will consist of MTV, MTV2, LOGO, VH1, Comedy Central and Spike, as well as the related digital networks and MTV’s “Always On.”

“The role is in part a coming home for Doug, who joined MTV in 1984 and rose to become President of MTV Productions, and later, President of Comedy Central, where among his notable accomplishments, he launched ‘The Daily Show’ and ‘South Park,'” Dauman penned. “Doug has a proven ability to move seamlessly between the business and creative worlds.  He understands what it takes to stay relevant and on the leading edge of popular culture, and under his leadership, Comedy Central, Spike and TV Land have established distinctive programming voices in the entertainment landscape.”

Before rejoining Viacom in 2004, Doug served as president of USA Network and also president of Entertainment for Fox Broadcasting Company. Herzog will continue to be based in Los Angeles and New York with his new title.

The Viacom Kids and Family Group will comprise all the brands currently in the Nickelodeon Group, including Nickelodeon, Nick Jr., TeenNick, Nick at Nite, NickMom and NickToons, as well as TV Land, CMT and CMT Pure Country.

TV Land will move to Zarghami’s group immediately, and the other networks will transition between now and Van Toffler’s previously announced departure in mid-April. More information on the specific organizational changes will come from the Group leaders in the coming weeks, Dauman said.

“Cyma, who will celebrate 30 years with Nickelodeon this year, has a long history and formidable track record as a creative programmer and successful executive,” the Viacom chief said. “She is an insightful and extremely capable leader and has grown Nickelodeon and its sibling networks into brands that are beloved by kids and families around the world. The successful ‘Teenage Mutant Ninja Turtles’ franchise is just one example of her ability to reimagine properties and take them to new heights.”

“Our industry is in transition and change does not always come easy, but we have a tremendous amount of talent at Viacom and we are innovating at every level and at every brand,” Dauman concluded. “We are working hard to adapt to changing audience behavior, to incorporate new forms of distribution and to better integrate technology into everything we do.”