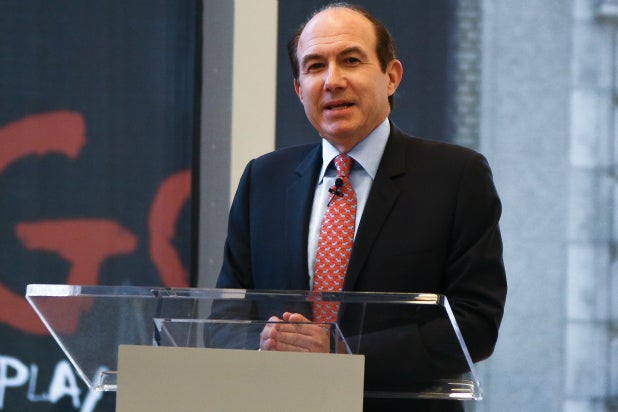 Viacom CEO and executive chairman Phillipe Dauman has been ordered to give a deposition in the ongoing legal case surrounding the health of chairman emeritus Sumner Redstone.

New York Supreme Court Judge Katherine Freed has ruled that Dauman must be deposed within 30 days in a win for Redstone’s former companion and caretaker Manuela Herzer.

“We are thrilled about this significant positive development as we continue to gather more and more incriminating evidence that Mr. Redstone is the victim of severe mental and emotional abuse, fraud and manipulation by those close to him in positions of trust and confidence who have betrayed this great man,” Herzer’s attorney Pierce O’Donnell said in a prepared statement.

“When I take his deposition, Dauman will be forced under oath to tell the truth about his participation in the orchestrated campaign to cover up the truth,” the statement concludes.

Dauman had tried to block the deposition, claiming that he had no relevant testimony to provide in the Redstone case.

“Mr. Dauman is pleased to cooperate and fully prepared to comply with the request for appropriate and legally relevant information in the California proceeding,” Dauman’s attorney Les Fagen said in a prepared statement.

Herzer is seeking to be reinstated as the steward of Redstone’s care should he become incapacitated. Her suit characterizes Redstone as a “living ghost” unable to follow conversations and sign his own name.

Redstone’s lawyers reject the claims, saying she is trying to insinuate herself into his estate after she was removed in October. Dauman took over the role of Redstone’s so-called healthcare agent shortly after.

Earlier this month, Viacom named CEO Dauman chairman at an emergency board meeting with Redstone stepping down to an emeritus position.