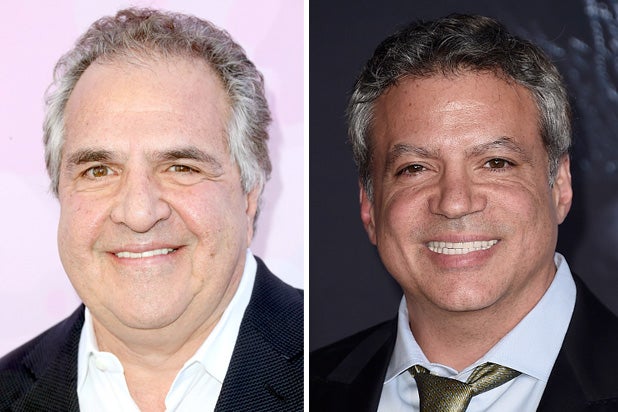 Viacom CEO Bob Bakish is getting serious about a replacement for former Paramount Pictures CEO Brad Grey — and is said to be “heavily courting” former Fox Film chief Jim Gianopulos for the job, TheWrap has learned.

In addition to Gianopulos, Bakish is looking to recruit top Universal Pictures producer Michael De Luca to come on board in a senior role overseeing Paramount’s film division, one individual familiar with the matter said.

Gianopulos has been a prime candidate for several high-profile studio jobs — including discussions to run Legendary Entertainment — following his exit from Fox last fall, where he was succeeded by Stacey Snider.

Representatives for Paramount, Viacom, Universal, Gianopulos and De Luca declined to comment on the matter.

While Gianopulos has to land somewhere, De Luca has a cushy role at Universal working with his longtime colleague Chairman Donna Langley.

The producer, who just handled the Oscars, is described as “iffy” on the potential offer the insider said.

At present, Paramount is being run by a committee of department heads under the supervision of Bakish. The committee includes Motion Picture President Marc Evans, Worldwide Distribution and Marketing President Megan Colligan, Paramount COO Andrew Gumpert and the studio’s digital and TV head Amy Powell.

Also Read: Inside Paramount's Shakeup: Why Brad Grey Is Out, and Who Could Replace Him

Paramount is also said to have heavy-handed guidance from Viacom CFO Wade Davis, who now splits his time between New York and Los Angeles at the behest of Bakish.