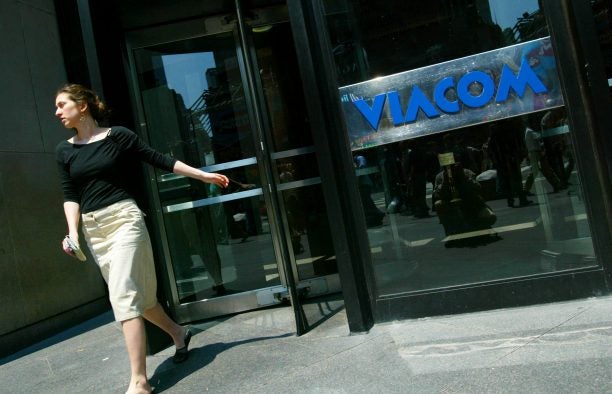 Viacom Inc. has laid off roughly 100 employees, a spokesman for the media company told TheWrap on Tuesday.

The layoffs are part of a company effort to cut costs as it looks to transform its business in the face of broader changes impacting the media ever-evolving media landscape.

The majority of the cuts are to departments, such as information technology, finance and human resources, not those directly involved in content creation.

“As part of our broader transformation efforts, we are continuously taking steps to strengthen and evolve Viacom for the future, including a focus on becoming a more agile and efficient organization,” a Viacom spokesman told TheWrap.

This round of layoffs comes just after Viacom’s sister company, CBS, said it would no longer seek a merger with Viacom. CBS also filed a temporary restraining order against Vice Chairwoman Shari Redstone and her holding company National Amusements, which owns roughly 79 percent of the voting rights in both CBS and Viacom.

CBS said in its filing with a district court in Delaware that the company’s board worried Redstone would take, what it deems drastic measures, to force CBS and Viacom to re combine.

However, Viacom CEO Bob Bakish signaled more cost savings during the company’s quarterly conference call with analysts and investors, back in April, but said at the time that the majority of cuts wouldn’t include employee layoffs.

“Over the past 1.5 years, this management team has made cost transformation a priority,” Bakish said at the time. “Importantly to us, a significant majority of these savings are not headcount reductions. Instead, most are driven by a continuation of our efforts to de-silo the company and act as one Viacom, consolidating real estate within given markets, standardizing policies and procedures, benefiting from our purchasing scale and more.”