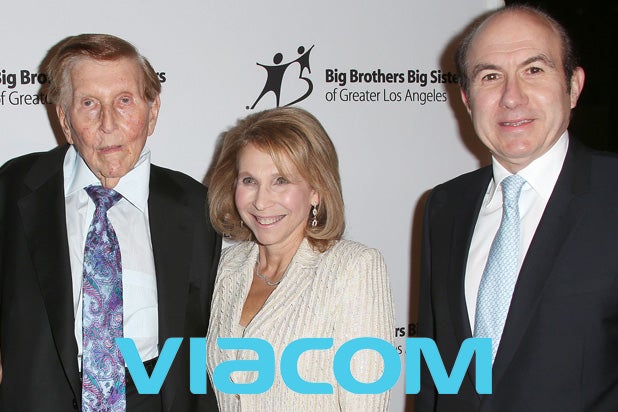 There are too many trusts in the Redstone family. Even by the standards of the super-wealthy, there seems to be a sense among some in the family that there always exists a need for another.

The only trust in place of any interest or import to shareholders, to the financial community and to the media is the one governing the 80 percent of voting stock of CBS and Viacom currently under Sumner's control. That is the trust which became the pivot on which all of the negotiations relating to Sumner's divorce from Phyllis revolved. Either Sumner consigned to his daughter, Shari, the control over National Amusements' stock in Viacom, and subsequently CBS, or Phyllis had assured him that he would lose control of Viacom by decree.

How? Phyllis had an undisputed claim to half of everything Sumner had, Viacom included. Take that half, add in the shares then controlled by Shari and her brother, Brent, and Sumner would have been a minority holder of Viacom's voting shares. Sumner Redstone would have been little more than another Mario Gabelli at Viacom.

That was not something Sumner could ever accept. What he did accept was that change, an unchangeable alteration in his trust governing those shares which anoints Shari as his ultimate successor.

There is a focus on how many seats, how many of the trustees and their votes, are controlled by Shari. The reality: Philippe Dauman controls only one seat, of which his hold has become a legally tenuous one.

The trust holding National Amusements' voting stake in both Viacom and CBS also is often cited as though all decisions will be made by a majority vote of these seven trustees. That is a rather curious falsehood advanced or allowed by several parties involved.

Remarkably little in the day-to-day functioning of Viacom and CBS and almost nothing short of a sale -- or a change in ownership -- requires the largely phantom majority vote.

With that, Shari is in control in every way. The idea that anyone but Shari will determine what happens, who controls Sumner's trust governing these companies, is simply nonsensical and inconsistent with reality.

Admittedly, it can get confusing. Frustratingly so. 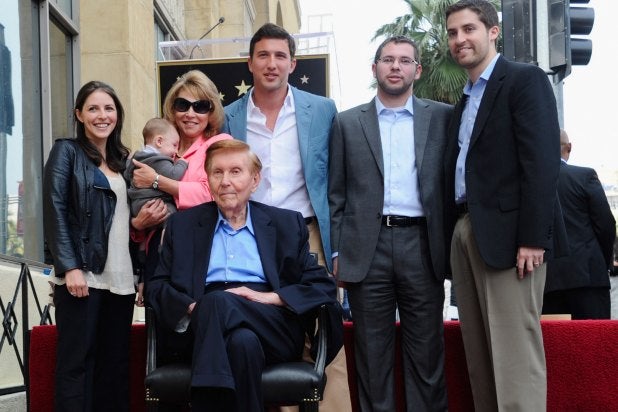 Take the case of Philippe Dauman, recently promoted to chairman of Viacom and unmistakably out of favor with Shari. From the Viacom board meeting last week, it appears that Philippe's exit won't be swift, clean and complete -- or it has been delayed to allow for an unwinding of the complex relationship he has enjoyed. In addition to being Chairman and CEO of Viacom, Philippe is Sumner's estate planner and executor as well as a trustee of his estate. Add to that the fact that he holds Sumner's healthcare proxy and you have quite the mess.

Given his many roles and unbounded influence, this is a poor indicator for the future of Viacom.

The decision by the board to keep Dauman, as everyone familiar with Sumner's "barely there" status knew Philippe was already acting in the dual roles, shocked many of us. (And was not exactly welcomed by Wall Street.) It appears increasingly clear now that Philippe sees that company as somehow his, and not for the reasons Sumner so closely tethered his identity to that of the company he built.

Dauman wants the power for the money -- nothing more. That the board did not eliminate this vulnerability is a striking departure from proper corporate governance. Unless, that is, Viacom is taking six months to disentangle Dauman from the corporate side of Sumner's interests. Upon Sumner's death, Philippe is guaranteed by the trust to be out at Viacom.

That last part is key here. Shari Redstone only gains control upon Sumner's death or incapacitation. Of the former, it is inevitable. Of the latter, with [former Sumner Redstone girlfriend] Manuela Herzer's claims front and center, I believe Shari is confident she can bide her time. (She has waited this long, why take an unnecessary risk and show Manuela's claims to be in any way legitimate?)

The situation is complicated. The board of a publicly traded company that has reason to believe its CEO has been making up the quotes and all of the communications of the company's founder and majority shareholder should dismiss that individual. But instead Dauman has been repeatedly rewarded.

Dating to the summer of 2014, Dauman and other confidantes outside of the family have been acting in ways to make it appear Sumner is somehow actively involved in managing Viacom and CBS -- and his own life -- when that is wholly inconsistent with the day-to-day reality.

The truth: When it was not Manuela Herzer who appeared to be making up quotes attributed to Sumner, it was likely Dauman doing the ghostwriting.

When the court said it wanted to "hear from Mr. Redstone," but selected Manuela Herzer's paid expert to conduct the evaluation, it became obvious there were many folks with tickets to this theater. Dr. Stephen Read, Herzer's guy, is actually a partner of Dr. James Spar's -- Sumner's own geriatric psychiatrist. Why would you not assign a less biased "expert" to provide such a foundational evaluation?

What's clear is that Shari, like many on Wall Street, would like to preempt the Philippe Dauman Show. It remains to be seen whether, and how quickly, that might happen.

View In Gallery
BIO Gary Snyder
Gary Snyder is a member of the Redstone family, whose company, National Amusements, owns Viacom and CBS. He is an adviser on Western media and culture to China.

Gary Snyder is a member of the Redstone family, whose company, National Amusements, owns Viacom and CBS. He is an adviser on Western media and culture to China.