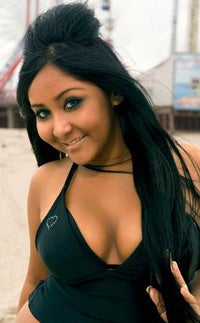 Call it the Snooki Effect.

Viacom posted a better-than-expected first quarter profit on Thursday, with advertising finally showing signs of returning from the dead.

"We have seen momentum building in our television and film businesses,” CEO Philippe Dauman said on Thursday. “With a boost in ratings at our core networks and the advertising market showing signs of strength, our ad revenues moved into positive territory and are continuing that upward trend.”

Overall, revenue fell 4 percent (to $2.79 billion) – due mostly to an 18 percent slide at its Paramount movie studio, which the company blamed on fewer theatrical releases and a slump in DVD sales. (Home video revenue fell 34 percent in the quarter, Viacom said.)

But revenue at Viacom’s media networks, including MTV and Comedy Central, offset Paramount’s shortfall – ticking up 4 percent (to $1.94 billion).