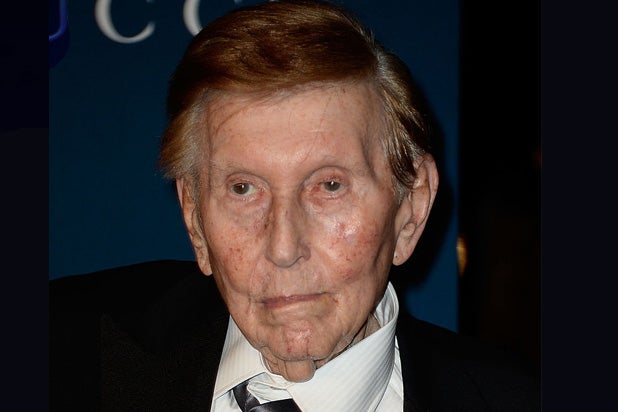 The move follows recent legal actions that questioned the mental capacity of the 92-year-old media mogul, who received $2 million in compensation in 2015.

Earlier this month, a Los Angeles Superior Court judge dismissed a lawsuit questioning Redstone’s mental competency, leaving his daughter Shari installed as the primary decisonmaker about his health care. She took over that positionin April from temporary guardian and Viacom CEO Philippe Dauman and, before him, Redstone’s former girlfriend, Manuela Herzer.

Also Read: Why the Sumner Redstone Trial Was a Sideshow - It's About Viacom

Redstone’s total compensation in 2014 was $13 million. Back in January, Viacom said Redstone would still receive his $2 million base salary but was no longer eligible to receive a bonus or stock in the company. At the time, it appeared he was taking, roughly, an 85 percent pay cut. Now it appears Redstone’s not receiving any salary whatsoever.

The decision to stop paying Redstone was first reported by the Wall Street Journal and confirmed by TheWrap.

In the dismissed lawsuit, Herzer claimed that Shari wielded undue influence over her father to cut Herzer out of the mogul’s life. Redstone labeled his former love interest a “fucking bitch” and expressed a strong desire to have her out of his life, though little else from his testimony was coherent.

Herzer’s attorney, Pierce O’Donnell, told the court that Redstone and Herzer had enjoyed a “modern-day love story” until their “love was sabotaged.”

Redstone’s attorney, Robert Klieger, contended that Redstone willfully ousted Herzer in October when she conspired to deceive him. The whole ordeal captivated both Hollywood and Wall Street.

Redstone is also chairman emeritus of CBS. The Viacom news broke as the media world was gathered at CBS’ annual Upfront presentation.

CBS did not immediately respond to TheWrap’s request for comment.