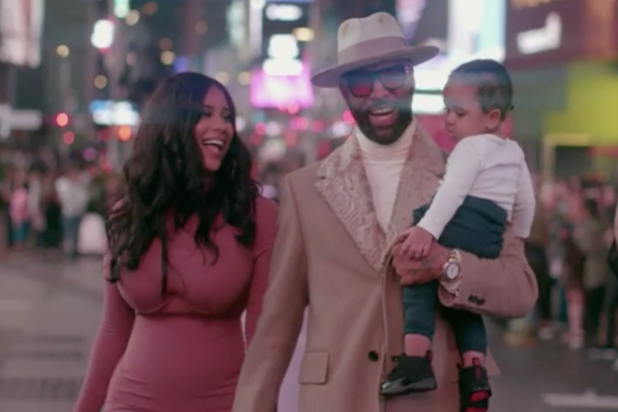 ViacomCBS has ended its relationship with Big Fish Entertainment, which is behind shows “Sweet Jesus,” “Cartel Crew,” “Black Ink,” “Love and Hip Hop.”

Big Fish is also the production company behind A&E’s “Live PD,” which was canceled Wednesday following weeks of protests against police brutality, as well as backlash against the company’s handling of a 2019 incident, in which the show had destroyed footage of a man being arrested and dying in custody. ViacomCBS’ Paramount Network cancelled the long-running “Cops” ahead of its 33rd season earlier this week.

Representatives for Big Fish did not immediately respond to TheWrap’s request for comment.

On Tuesday, the Austin American-Statesman and KVUE-TV broke the story that during a shoot in 2019, “Live P.D.” cameras recorded sheriff’s deputies tasing 40-year-old Javier Ambler while he begged for his life. The man died. The show later destroyed the footage. The network told the Statesman “as is the case with all footage taken by Live PD producers, we no longer retained the unaired footage after learning that the investigation had concluded.” The footage never aired, the network said. Host Dan Abrams expressed regret over the lost footage, saying “given what happened, I wish the tape had been preserved.”

Abrams has also been very vocal about the show’s cancellation, describing it as an “overreaction” during his Sirius XM radio show. Abrams has no ownership stake in Big Fish.

“I think that it’s very troubling that we’re suddenly in a culture where all police officers have to get – suffer for the sins of a few. And I say that for every group, it’s not just police officers,” he said. “There’s real positive – there’s a real positive change in many ways going on in this country, but there’s also an overreaction going on. And I think that that’s what ‘Live PD’ suffered from.”