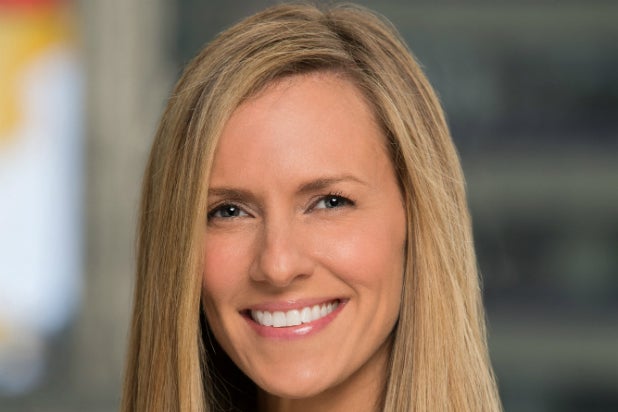 Julia Phelps will be the chief communications and corporate marketing officer of ViacomCBS, CBS and Viacom said in a joint announcement Thursday.

Dana McClintock will remain chief communications officer for CBS’ brands, Joe Ianniello, the current chief at the broadcast network, told employees Thursday in an internal memo obtained by TheWrap. We’ve posted Ianniello’s memo in its entirety at the bottom of this post.

“Julia has been a vital force in shaping and communicating Viacom’s strategy, and revitalizing its vibrant culture and dynamic, entrepreneurial spirit,” Viacom President and CEO Bakish said in a release to media this morning. “Her leadership and skill in communicating and driving change will be invaluable as we bring together the talented teams of CBS and Viacom.”

Upon closure of the re-merger, Bakish will lead ViacomCBS as president and chief executive officer.

Subject to regulatory approval, the CBS-Viacom deal is expected to close by the end of calendar 2019.

Phelps’ appointment follows Wednesday’s news that Anthony DiClemente will be EVP of investor relations at ViacomCBS.

“Julia and Anthony are both highly experienced executives who have contributed significantly to the respective success of Viacom and CBS,” Bakish continued in his Thursday statement. “I look forward to working with both of them, drawing on their insights and expertise, as we pursue a powerful growth strategy anchored in ViacomCBS’s position as one of the most important content producers and providers in the world.”

Phelps has served as executive vice president of communications, culture and marketing at Viacom since April 2017. She first joined Viacom in 2005 and rose through its international media networks arm from there.

Read Ianniello’s email to employees in full below.

As we look ahead to our combination with Viacom, one of my continuing top priorities here at CBS is making sure we have the right people in key leadership roles to achieve our strategic objectives.

To that end, I’m very pleased to let you know that upon closing of the merger, I have asked Dana McClintock to continue leading CBS’ communications efforts as Executive Vice President and Chief Communications Officer.

Dana’s deep relationships with the media, his commitment to our Company, and his expertise in clearly telling our story to consumers, the industry and all of you, have been crucial to our success. I can tell you that while I have relied on his strategic counsel for many years, it has never been more valuable than in the past 12 months.

Going forward — in partnership with the outstanding team he has built and our new colleagues at Viacom — he will continue to oversee media relations, public relations, and internal communications for all of our CBS-branded businesses.

Please join me in thanking Dana for his continued service to CBS.