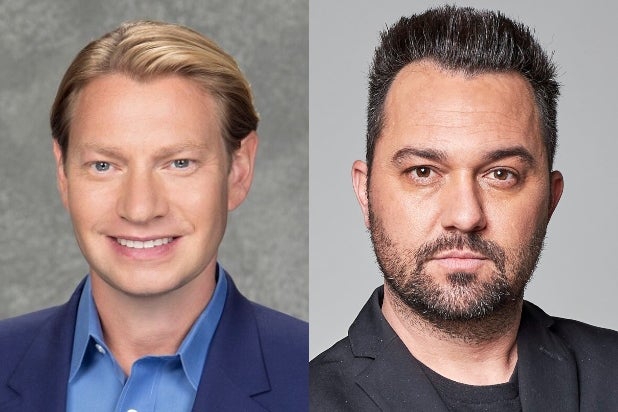 They will work under Nina L. Diaz, president of content and chief creative officer.

“Trevor and Justin are consummate tastemakers with a keen understanding of what moves the needle in pop culture,” Diaz said in a statement. “With Trevor leading the way, the sky is the limit for where these creative all-stars will take our brands.”

Rose previously served as SVP of talent and series development for MTV Studios, VH1, CMT and Logo. He has been with the company for 16 years, having joined as an assistant in the talent department. He is responsible for packaging scripted and unscripted series. He also executive produced series including “Martha & Snoop’s Potluck Dinner Party,” “Hip Hop Squares With Ice Cube” and the upcoming “Jodie” with Tracee Ellis Ross for MTV Studios.

Rosenblatt started at MTV2, where he oversaw “Celebrity Deathmatch.” Most recently, he oversaw “Schitt’s Creek” over its six seasons at Pop TV. into a cultural sensation, which he nurtured and developed over the course of its six seasons at Pop TV. He also acquired “One Day at a Time.” His previous role was heading alternative programming at The CW, where he was responsible for the “Whose Line Is It Anyway?” reboot, as well as the relaunch of “MADtv,” “Penn & Teller: Fool Us,” and “Masters of Illusion.”