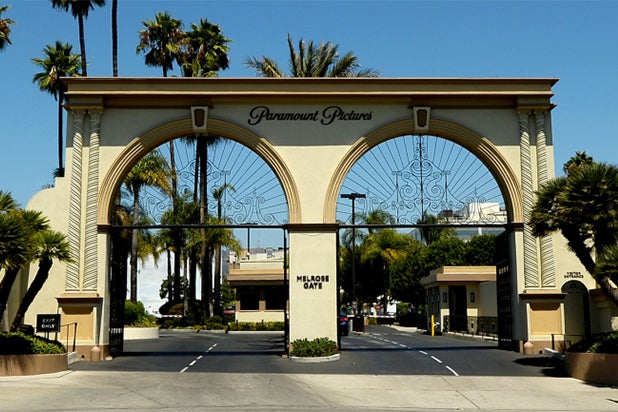 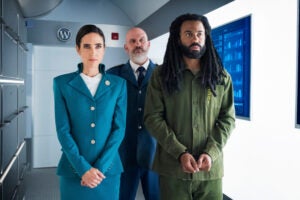 ViacomCBS Revisits Strategy That Drove a Turnaround at Paramount

”There’s no question the crisis has proven the power of streaming, and we’re moving quickly to seize on the significant revenue opportunity,“ ViacomCBS CEO Bob Bakish says

Paramount Pictures, on the mend since studio head Jim Gianopulos took over in 2017, has taken a different approach to Hollywood’s obsession with proprietary streaming platforms. While Disney, WarnerMedia and NBCUniversal have focused on getting away from licensing content to Netflix and other third-party streaming services, Paramount has leaned into that model — and it appears to have paid dividends.

But is that strategy a recipe for long-term success for the legendary studio that has struggled to return to its former glory? There are indications from within and outside the company that adjustments to that strategy are on the horizon.

The studio’s turnaround — with improved operating income by half a billion dollars since Gianopulos grabbed the reins — has hung on both producing more films for theatrical release while also leaning heavily on third-party streaming partners like Netflix through license agreements and selling and producing content for other platforms.

Meanwhile, ViacomCBS’ main streaming platform, CBS All Access, has served as little more than an extension of the CBS network. But last week, five months after CBS re-merged with Paramount parent Viacom, CEO Bob Bakish told Wall Street analysts that the company is planning “major changes” for the streaming platform, including a full rebrand and relaunch under a new name.

Bakish said the revamped CBS All Access will include Paramount content, as well as an expanded slate of ViacomCBS programming, including from Nickelodeon, Comedy Central, Smithsonian, MTV and BET. But he maintained that the company is committed to both fortifying its own streaming service while also continuing to license content.

“We are accelerating our plans for an expanded subscription service, building off our CBS All Access platform, with major changes coming this summer as we track towards the rebrand and relaunch of a transformed property,” Bakish said during the call. “We are unlocking revenue opportunities across the combined company. In distribution, we’ve only scratched the surface of what ViacomCBS can do on an integrated basis to unlock additional opportunities with both traditional and new distributors.

“That said, we will continue to selectively license to third parties,” he added. “It’s a big market — playing in that market has multiple benefits, not just revenue, but also expanding the reach of IP to new fans, which benefits the franchise and related businesses like consumer products, like setting up for theatrical, etc… Regardless of what we do in the licensing space remember ultimately these deals are rentals and the IP does revert back.”

In 2018, after kicking off its Netflix relationship by shipping “The Cloverfield Paradox” off to the streamer in lieu of a theatrical release and doing a deal for “Annihilation,” Paramount entered a licensing agreement with the streamer. The studio has, to this point, trusted much of its streaming presence to Netflix. “To All the Boys: P.S. I Still Love You” was the first film released as a part of that partnership, and last year Bakish said that the studio’s long-awaited new “Beverly Hills Cop” sequel would also go to Netflix.

“Being an arms dealer is great business,” Lightshed media analyst Rich Greenfield said. “Producing content for everyone is an enviable position to be in. I actually wish Viacom would head more in that direction rather than try to build out its own family of brands streaming service… Running a streaming service isn’t an easy business.”

It’s unclear to what extent Paramount makes a profit on films it sells to Netflix, but doing so means the studio isn’t spending millions more on marketing and prints, so it mitigates the risk smaller films face of not drumming up enough audience at the box office to offset costs.

On “The Lovebirds” the studio was able to recoup its marketing costs and avoid the negative effect of re-marketing the movie later on. When it doesn’t sell off a film that might fit better on Netflix, Paramount has been able to manage losses on theatrical films that underperform, such as “Gemini Man” and “Terminator: Dark Fate,” through co-financing partnerships.

The ViacomCBS-owned legacy studio reported first-quarter revenue last week of $811 million, up compared with the same three-month period last year, and operating income before depreciation and amortization (a measure of the business’s profitability) of $27 million.

That’s quite an improvement considering just four years ago the studio lost $450 million. Last year was the studio’s first full year of profitability after four straight years of posting a loss. Sustaining that, however, and reaching a level fit for its station will be the real measure of success.

“The key to their success, especially in the last year, has been having a really diverse slate of films,” Comscore senior media analyst Paul Dergarabedian said. “On paper, everything looks really good. I think they’re well set up to perfectly utilize big screen and small screen distribution. A turnaround, for any major studio, is like moving a tanker ship — it takes time. Movies aren’t greenlit and made in a day, talent isn’t signed overnight. The way Paramount has handled everything has to be applauded.”

While theatrical revenue in the first quarter fell 3% — “Sonic the Hedgehog” couldn’t quite compete with last year’s release of “Bumblebee” — home entertainment revenue rose 13%,  and licensing revenue was up 18%.

Paramount released 10 films in 2019 across a number of genres, with “Crawl,” “Pet Sematary,” “Dora and the Lost City of Gold,” “What Men Want” and “Rocketman.” ViacomCBS has talked in spades about tapping all the company’s brands — Nickelodeon, BET, MTV, Comedy Central — for future additional film and TV content like “Dora” and “What Men Want.”

Bolstering the studio’s slate has been one of Gianopulos’ major linchpins in reviving Paramount. When the studio head took over Paramount’s film output was fairly paltry, and the films it did release underperformed: Remember “Ghost in the Shell”? How about “Monster Trucks”?

During Bank of America Merrill Lynch’s annual media and entertainment conference last year, Gianopulos said: “When I started, Paramount was releasing eight movies, then we went to 12, next year we’ll be at 16 and looking forward probably more in the 18 to 20 range.”

As a show of Paramount’s newfound fluidity in distribution, the studio recently forewent a theatrical release for its Issa Rae- and Kumail Nanjiani-led action comedy “The Lovebirds,” mainly due to concerns over the ongoing coronavirus pandemic, and sold it to Netflix; whereas, bigger blockbuster fare such as “A Quiet Place 2,” “Top Gun: Maverick” and “The Spongebob Movie: Sponge on the Run” were pushed later on the release calendar.

Before the coronavirus pandemic ravaged Hollywood, Paramount had hoped 2020 would biggest at the box office in years. The studio had 17 films slated for 2020.

“We sold ‘The Lovebirds’ to Netflix where we saw an attractive monetization opportunity in the early COVID environment,” Bakish said during the conference call with analysts. “We are in ongoing discussions with a broad range of partners to expand our streaming footprint in the coming months.

“There’s no question the crisis has proven the power of streaming, and we’re moving quickly to seize on the significant revenue opportunity,” he continued. “We know fundamental consumer needs around quality, convenience and cost are driving changes in how they consume content, and they’re focused on addressing all three needs.”