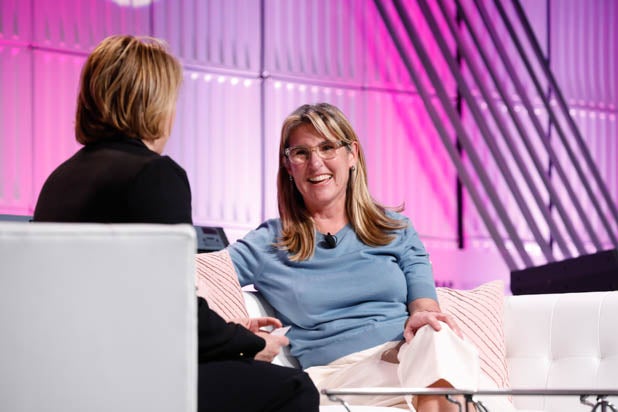 Vice Media announced on Wednesday that is has agreed to acquire female-driven lifestyle and entertainment media company Refinery 29.

Financial terms of the deal were not disclosed, but the company pledged to increase investment in premium content by 20% across all platforms.

The acquisition comes at a time in which Vice Media has been bombarded with questions about its financial stability, culture, operations and overall future. Vice laid of roughly 10% of its staff in February, cuts that came as it was grappling with a culture of sexual misconduct that resulted in multiple departures of some of its top leaders. And in recent months, Vice has lost production and content deals with HBO that were valued at more than $50 million annually, according to the Wall Street Journal.

Vice still has a production deal with Hulu, and last week struck a deal with Showtime to revive its “Vice” docuseries after it was canceled by HBO.

Vice has hopes that the acquisition of the 14-year-old Refinery 29 will bolster its digital business, and is relying on Refinery 29’s original programming, experiential, e-commerce and burgeoning creative agency divisions to introduce additional streams of revenue into the company.

Refinery 29 also missed revenue projections last year and went through two rounds of layoffs accounting for about 17% of the total staff.

The Refinery29 merger somewhat fulfills an idea floated by BuzzFeed founder and CEO Jonah Peretti, that would see digital media platforms like BuzzFeed, Vice, Refinery29, Vox and others combine forces to turn around their financial fortunes at a time when digital advertising has plateaued or declined.

Also Read: Vice Media to Lay Off 10 Percent of Staff in Company Restructuring

In an email sent to staff on Wednesday, Vice Media CEO Nancy Dubuc wrote that the company will “be growing our investment in premium content production across all our divisions, increasing our products and capabilities for brands and clients, and adding to the growing roster of creative talent to deliver relevant stories and experiences in this rapidly evolving media landscape.”

In August, it looked as if Dubuc might attempt an alliance between Vice and a recombined CBS and Viacom as a way of shoring up the company’s problems.

“This is an expansive moment for independent media. Vice Media Group and Refinery29, two of the strongest independent voices in the industry, will continue to build a scaled global and diversified media company,” Dubuc said in a statement on the deal. “We will not allow a rapidly consolidating media ecosystem to constrict young people’s choices or their ability to freely express themselves about the things they care about most. At Vice and Refinery29, the megaphone is theirs to use and the platforms are theirs to build with us.

“Bringing together our companies signals a new era of lasting change in digital media,” Dubuc continued. “We are doubling down on the power of brand, voice and experience — things our audience puts trust in — as we strengthen our position for a competitive future.”

Refinery29, which was founded in 2005, will remain a distinct brand within Vice’s portfolio. Vice expects Refinery29 to continue to create programming across verticals from fashion and beauty to money and lifestyle, as well as produce live experiences such as 29Rooms and a slate of premium original film and TV projects, such as its upcoming series “PRIDE” for FX.

“Along with our co-founders Christene Barberich and Piera Gelardi, and our incredible team, we built Refinery29 with a mission to represent and inspire women. Over the past 15 years, we have been at the forefront of redefining media, achieving great scale in our digital business while successfully diversifying from live events to originals,” Refinery29 co-CEOs Philippe von Borries and Justin Stefano said in a joint statement. “This transformational partnership will allow our mission and business to flourish further.  We are proud to partner with Nancy and Vice Media Group, and we are confident that together we will be able to expand our vital role in shaping culture and positively impacting the world for young people everywhere.”

The companies expect the deal to close before the end of the year, according to the release.