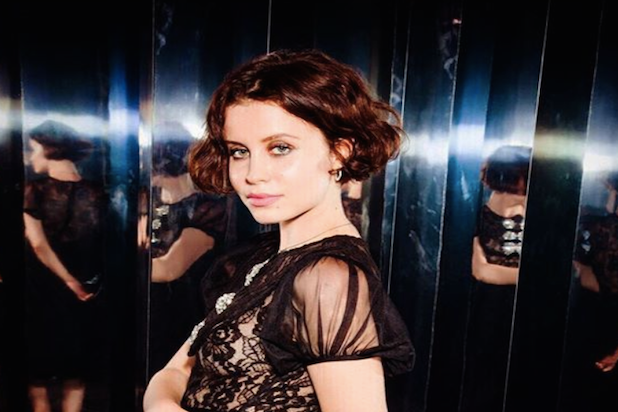 “Ms. Porter has raised some of the allegations in her Instagram post with us and we have worked quickly and decisively to investigate them and take appropriate actions where necessary,” a Vice spokesperson told TheWrap. “We have encouraged her to give further details surrounding any allegations, so we can investigate those as well.”

In a Sunday Instagram post, Porter said that her supervisor at Vice gave her alcohol and drugs when she was still a minor and asked to perform sexual acts on him. Porter, who didn’t name the accused in her post, said she was inspired to write the post because she was disgusted at the company for handing out “women don’t forget” promotional pins during this weekend’s women’s marches.

“We encourage any current or former employee who believes they are the victim of a crime to file a police report,” a Vice spokesperson continued in a statement to TheWrap. “We will co-operate with any law enforcement enquiries that follow. We want Vice to be a working environment in which all colleagues feel valued and respected and have put in place clear procedures for colleagues to raise grievances, and a rigorous and transparent process for handling them.”

How dare you @vice ? The past few months have been tough. I’ve been conflicted about how openly I should speak about what I am going through, partially for legal reasons, but yesterday I was sent a photo of a promotional pin that Vice were handing out at the Women’s March in LA and NY, and I cannot remain silent about it. Yeah, women don’t forget. I haven’t forgotten being given drugs and alcohol by my boss in the office as a sixteen year old, then being asked to perform sex acts on him. I haven’t forgotten being seriously told by my producers to get drunk before filming because they thought it made me a ‘funnier’ host. I haven’t forgotten the company firing me after what they called ‘inappropriate behaviour’ at a company party where I was given a cocktail of drugs by senior management who knew I was being treated for depression. There’s a list longer than you could imagine of things I haven’t forgotten, and have made the company aware of, only to have been made to feel totally insignificant and humiliated by the supposed ‘investigation’ process. Seemingly, in the midst of widespread reports of sexual abuse and harassment, Vice still thinks its appropriate to be shamelessly promoting their brand at an event about women’s rights, and pretending to give a shit. Let me tell you, from a woman who hasn’t forgotten – they do not. —————————————————————— I will only be keeping this post on my feed for a very short time, because the sight of this badge actually turns my stomach. I need no further triggers causing me to relive what happened. Know this – while Vice are spending money on tone-deaf gimmicks like this and trying to improve their public image, they are neglecting to support and inform their own employees who were abused on their watch.

She continued: “I haven’t forgotten the company firing me after what they called ‘inappropriate behaviour’ at a company party where I was given a cocktail of drugs by senior management who knew I was being treated for depression.”