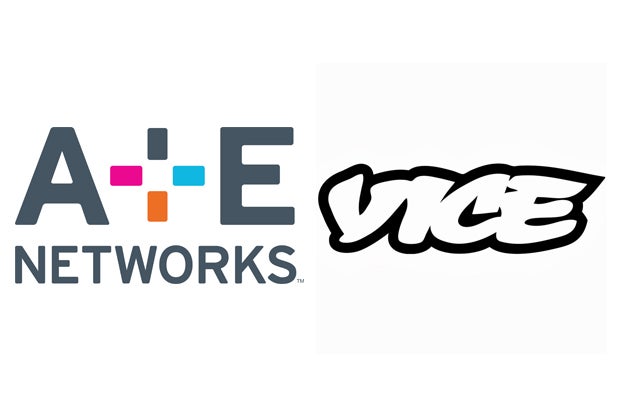 The channel will come stocked with a full slate of primetime shows, including “Gaycation” with Ellen Page and Ian Daniel, “Huang’s World” with Eddie Huang, “Noisey” with Zach Goldbaum, “Vice World of Sports” with Sal Masekela, “Black Market” with Michael K. Williams), “Flophouse,” “Party Legends,” and “Weediquette” with Krishna Andavolu, among others.

“This network is the next step in the evolution of our brand and the first step in our global rollout of networks around the world,” Shane Smith, Vice co-founder and chief executive officer, said on Tuesday when the previously reported deal became official.

Smith then explained why this works for his millenial-targeting media company, via three key points: “First: It allows us to be truly platform agnostic and enable our audience to view our content wherever they want. Second: It represents a continued growth in our content quality and raises the ceiling even higher for our brilliant teams to attack stories from long form features to multi-episode series and even short form interstitials that will challenge the accepted norms of current TV viewing. Third: We will test new and innovative monetization strategies placing Viceland at the pointy tip of the spear of the rapidly changing terrain of TV advertising.”

Viceland, which will boast hundreds of hours of programming from in-house creative, plans to change the commercial-viewing experience into “a valuable extension of the entertainment programming itself … keeping viewers engaged, even as they follow Vice content across screens and formats,” per Tuesday’s media release.

“Vice has a bold voice and a distinctive model in the marketplace,” Nancy Dubuc, president & CEO, A+E Networks, said. “This channel represents a strategic fit and a new direction for the future of our portfolio of media assets. Shane Smith has led Vice from a fledgling magazine into a global media brand and all of us at A+E are excited to work with him and his passionate and innovative team.”

“It feels like most channels are just a collection of shows,” added Vice Creative Director Spike Jonze. “We wanted Viceland to be different, to feel like everything on there has a reason to exist and a strong point of view. Our mission with the channel is not that different from what our mission is as a company: it’s us trying to understand the world we live in by producing pieces about things we’re curious about, or confused about, or that we think are funny. And if it doesn’t have a strong point of view then it shouldn’t be on this channel.”

Previously:
Vice Media is finally getting a U.S. television network.

A+E Networks and Vice are planning Tuesday to announce a partnership on a new cable network, TheWrap has learned. Under the deal, existing network H2 will be converted into a Vice channel next year.

Vice will receive an ownership stake in the network. A+E, which acquired a 10 percent stake in Vice in a 2014 deal worth $250 million, receive an additional chunk of Vice.

News of the deal was first reported by The Wall Street Journal.

Vice CEO Shane Smith told CNBC in October that the company was in negotiations with multiple potential partners for networks in the United States and Europe.

Negotiations between A+E Networks and Vice had been the subject of multiple media reports for months leading up to Tuesday’s announcement. In April TheWrap learned that Vice and A+E’s parent companies, Disney and Hearst, had submitted necessary regulatory filings with the FTC to clear the way for Vice to take over H2.

Vice is expected to have editorial control over the channel.

Vice, which is aiming to be the Millennial news source, is a digital media company that operates a network of online channels that cover news, sports, technology and music. In August 2013, Vice sold a 5 percent stake to 21st Century Fox for $70 million. At the time it was valued at $1.4 billion, but following the A+E deal, it was reported at $2.5 billion.

H2, short for History 2, was relaunched under its current name in September 2011 and is currently available in approximately 71,220,000 pay television households.