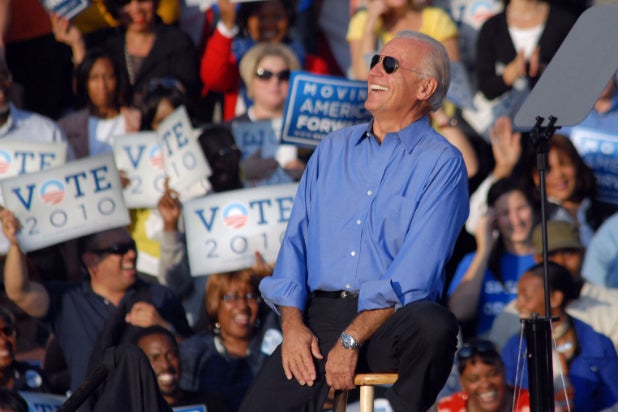 Vice President Joe Biden has been known to have bit of a wild streak in D.C. circles.

And now he’s joined Instagram in the coolest way possible.

Biden’s first post was a photo of himself hard at work — but with his signature aviator sunglasses in crisp focus in the foreground:

Here’s to more awesome posts from the Vice President of Cool.