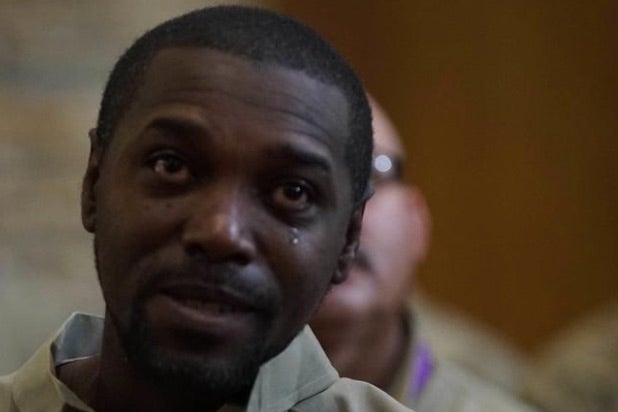 Ahead of the HBO premiere of the Vice special featuring President Obama visiting six prison inmates, the news outlet screened “Fixing the System” in front of those inmates who shared their stories with the president.

The special, set to air on Sunday at 9 p.m. ET on HBO, was screened on Wednesday at El Reno Federal Correctional Institution in Oklahoma for a group of inmates, including the six who spoke to the president this past July while Vice was filming the documentary.

“Fixing the System” marks the first time in history that a sitting president has visited a federal prison. Vice captured their reactions, and one inmate (pictured above) was even brought to tears.

“Keep an open mind,” inmate Johnny Harris instructed Vice’s audience ahead of the HBO special. Another inmate previewed his plans for when he gets released.

“I have hopes of creating a youth outreach program or community center for teens once I get out,” Timothy Jordan said.

Watch a powerful clip of President Obama talking about his absentee father below.