Vice TV is following up tonight’s “Vice Versa: Chyna” documentary with next week’s installment, “Vice Versa: Fear of a Black Quarterback,” TheWrap has learned. We can also exclusively debut the trailer for the June 24 premiere.

McNabb was one of three Black quarterbacks selected in the first round of the 1999 NFL Draft in what seemed like a turning point for a league where white players predominantly held the quarterback position. Unfortunately, the path to equity has been arduous, the logline continues, requiring McNabb and other Black quarterbacks to overcome the systemic racism entrenched in the sport and American society. 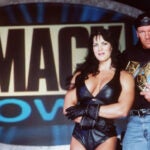 Also Read:
Vice TV GM on Why Chyna Doc Is Not Just a ‘Dark Side of the Ring’ Episode

The documentary will also shed light on the league’s complicated history around race and the quarterback position even before McNabb entered the league, with interviews from Briscoe, the first-ever Black man to start a game in the NFL at quarterback, and Moon, the only Black quarterback in the NFL’s Hall of Fame.

“I’m honored to be a part of something that will allow people to see the full scope of what myself and so many other Black quarterbacks faced on a daily basis while we were in the league,” McNabb said in a statement. “I think about Warren Moon and other guys who paved the way for me, now it’s my turn to push the conversation around race, culture and different biases in the NFL forward so that having a Black kid in the quarterback position in the future won’t be such an anomaly.” 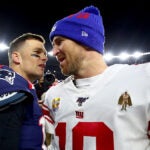 Also Read:
Eli Manning on How to Beat Tom Brady, and Why He Hasn’t Jumped Into the Booth – Yet

“As we’ve seen with our new series ‘Dark Side of Football,’ audiences are eager for a deeper look at the often troubled history of this nationally beloved sport,” Morgan Hertzan, executive vice president and general manager of Vice TV, told TheWrap. “’Vice Versa: Fear of a Black Quarterback’ is the latest installment that sheds light on untold truths and stories behind cultural institutions like the NFL, even long after the stadium lights are off.” 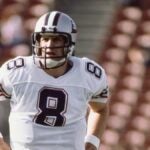