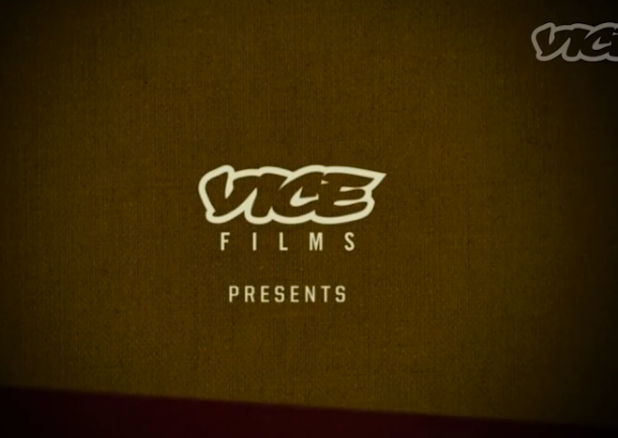 Vice has made documentaries about the world’s scariest drug, Russia’s deadliest drug, how to sell drugs, Mexican drug lords and the war on drugs. You can also go to Vice’s website for “Drugs 101,” an article that explains the dangers and benefits of drugs like oxycodone, DMT and something called Zolpidem.

So when federal agents arrested Ross Ulbricht, the alleged mastermind of online drug marketplace the Silk Road, Vice jumped at the opportunity — only this time, it wanted to make a movie.

Vice was already researching stories on the “dark” or “deep” web for Motherboard, its tech website, in collaboration with Emily James, the director of more than a half-dozen documentaries.

“The dude gets arrested and she said ‘this is the story we need to do, and Vice is perfect to do it,'” Vice’s chief creative officer Eddy Moretti told TheWrap.

Yet unlike the aforementioned documentaries, this one will be feature-length. James is developing concepts and stories with assistance from researchers in Vice’s New York and UK offices.

Moretti said his company, which will produce the film with A&E and the BBC, is most interested in the motivation for the people who bought and sold drugs (among many other items) via the online marketplace.

“I am assuming there is some deeply anti-social, counter-cultural, weird, idealistic, nihilistic […],” Moretti stopped. “It’s a mess of psychological motivations. I find that fascinating and I hope that’s a part of what we uncover.”

This documentary is one of several Vice has begun work on, as Moretti hopes Vice’s growing ambitions include a little wiggle room for him to make movies. The magazine turned media empire has produced a handful of documentaries to-date, including “Reincarnated” with Snoop Lion” and a documentary about LCD Soundsystem.

Yet Moretti wants to ramp up production, making as many as four movies a year.

“I’d like to get to a place where one documentary a quarter is being released,” Moretti said. “It allows us to do four special subjects every year that cover all the different interests of the company.”

Moretti joined Vice almost a decade ago to help launch a film division with Vice co-founder and CEO Shane Smith. Yet his domain has grown commensurate to Vice’s ambitions. He now oversees Vice’s music video site Noisey, its HBO show, its tech site and its sprawling online video network.

His main job is building the online TV experience — creating great shows, cultivating an audience and finding talent. Online video is the largest contributor to Vice’s bottom line, and the company has invested millions of dollars in expanding its newsgathering efforts.

“It’s not a big business goal for the company – to make feature documentaries,” Moretti said. “We’re more focused on making short documentaries or even hour-long documentaries that we can put online.”

Yet Vice’s commitment to free video online has its limits, namely advertising. That’s one reason Vice launched an HBO show and has a partnership with CNN. More partnerships with TV channels are in the works.

Unlike television, documentary filmmaking is not a robust commercial enterprise. Yet filmmaking goes hand-in-hand with Vice’s newsgathering. They can put snippets of a future film online, or put additional material online to help build an audience.

Moretti’s team is brimming with ideas, and Vice is developing projects in Russia, Germany, Mexico and Cuba. Any person or movement linked to Vice’s bread and butter — skating, arts, books, fashion and more — is a potential subject.

The company recently worked on a film called “All That Mayhem,” which chronicles the Pappas brothers.

“They were two crazy brothers from Australia who came to America as vertical skateboarding became a competition sport,” Moretti said. “They battled it out for a season with Tony Hawk and then went on to crash and burn in the most spectacular fashion.”

Some of their movies will end up online and some may land on TV, but some documentaries, like the Silk Road movie, will hopefully end up in theaters.

“The beauty of what we do is we have the flexibility to choose the format as the story develops,” Moretti said. “We sometimes start off making a documentary for online and then spend six more months and put it out as a documentary film.

“We at least want to go to film festivals and have people see it and say ‘holy shit, that was fucking great.'”