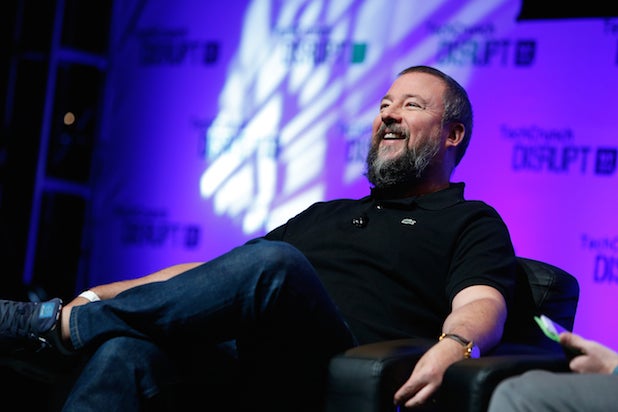 Nearly six months have elapsed since the much-ballyhooed launch of Viceland, the A&E Networks and Vice Media joint linear TV network that was supposed to be a magnet for millennial viewers. One problem: The channel isn’t proving much of a draw for any audience, regardless of age. This is both a bigger and smaller deal than it may seem.

The big deal: Vice Media CEO Shane Smith gave a plethora of pre-launch interviews to a number of outlets, explaining why Viceland would succeed where youth-skewing, socially conscious networks like Current TV (and, now, Pivot) had failed.

“Twelve months from now we’ll be on the cover of Time magazine as the guys who brought millennials back to TV,” a cocksure Smith told the Hollywood Reporter.

In short, Smith set himself up as the Millennial Whisperer, or perhaps some sort of Pied Piper, leading the Youth to television instead of into a river to drown. After all, this was the man who built Vice into a digital powerhouse by giving young people the kind of content they really wanted.

But Viceland is only drawing an average primetime audience of 45,000 in the 18-49 demographic, according to Nielsen data obtained by the Wall Street Journal. Worse, the median viewer age is 40, meaning that fully half of its total audience is far outside the “millennial” audience, widely considered to be 18-34.

Viceland was always a counterintuitive move from A&E and Vice. The companies were creating a cable TV network geared at people (millennials) who don’t watch cable TV networks, in order to replace one geared toward people who do (Gen X and Baby Boomers).

Yet on Feb. 29, 2016, Viceland sprang onto the channel guide, full of piss and vinegar and shows about marijuana, replacing H2, the second History channel.

Also Read: Spike Jonze Is on Hiatus From Filmmaking While Working at Viceland

Prior to the channel’s launch, A&E and Vice struck a deal with Nielsen to suppress the reporting of Viceland’s ratings for six months, ostensibly to give the network time to grow and evolve naturally, away from the prying eyes of acerbic critics.

Naturally, A&E Networks CEO Nancy Dubuc was quick to point out to WSJ that huge linear TV ratings for Viceland aren’t really the point of the venture. That median viewer age of 40 is a good 17 years younger than the H2 audience (a result likely influenced by the loss of half the audience that watched H2), which represents a healthier future to program to. That’s network spin, yes, but there’s truth there.

And Viceland really is just another way for Vice and A&E to distribute the video content produced by Vice. Insiders tell TheWrap that ad inventory for the channel is sold out for the next two years, and that much of the creative is being produced by Vice’s in-house ad operation.

But the reason every media reporter worth their salt was digging around to get ratings data for Viceland wasn’t because they doubted Vice and A&E would find a way to make money off a TV network.

It was the hubris of Smith proclaiming, in no uncertain terms, that he could do what no one else could, and that no one else had done it because they were too short-sighted.

“Change has never been more important, never so crucial, especially in our industry,” Smith told attendees at the Edinburgh Television Festival on Wednesday.

Which is why it’s so odd that Viceland, in and of itself, is about as much an agent of change as your Great-Aunt Mildred.

The truth is, an entire generation is turning away from linear TV. When TV viewership among 18-34s for the Olympic Games — one of the more widely watched TV events that theoretically appeals to all ages — is down as much as 33 percent on some nights, you know there’s no going back.

That’s actually fine for a company like Vice. Smith — who, perhaps a little ironically, is a member of Gen X — built Vice Media into a digital powerhouse by creating content that seemed to appeal to Gen Y and putting it where they wanted to look at it (online), and by creating their own in-house ad agency.

That business model was the reason A&E shoveled a $250 million investment into Vice Media two years ago, and why Disney, which co-owns A&E with Hearst, decided to toss in an extra $400 million investment a year and a half later, valuing Vice at $4 billion.

But in creating a TV network to go after those big TV ad dollars, Smith ignored what made Vice so successful in the first place. As for why that elusive millennial audience remains elusive, all we have right now are theories.

It could be that most of the network’s programming feels no different from anything else you could see on Vice’s YouTube channel, which are still racking up respectable, if not outrageous, view counts. (Reminder: YouTube considers any play longer than 30 seconds a “view,” and so any comparison to TV ratings, which indicate average viewership per minute, is bunk.)

Or maybe those younger viewers won’t watch anything on TV, regardless of the quality or how much it’s designed to appeal to them? Looking at a network like Adult Swim, though, that argument doesn’t hold up.

This proves there is a way to attract almost a million 18-34 TV viewers a night, but Smith and Vice haven’t yet found it.