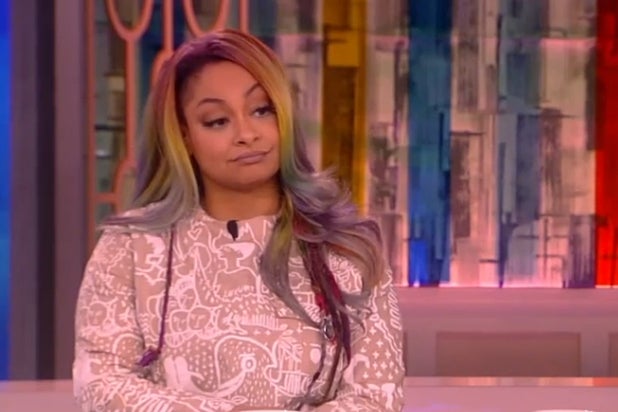 The hosting chair roulette at ABC’s “The View” continues, with Raven-Symone announcing Thursday that she is leaving the show.

Her last day is not yet determined but will be before year’s end.

The actress-turned-talk-show-co-host will return to her sitcom roots and to Los Angeles, where she will executive produce and star in a spinoff series based on her Disney Channel comedy “That’s So Raven.”

In the spinoff, the now grown-up Raven Baxter will be a newly divorced mother raising preteens. The original sitcom ran from 2003-2007 and featured Raven as a teenager with psychic abilities. Subsequently, the new show will feature one of Raven’s children who begins to develop the same supernatural powers.

The co-host’s exit from “The View” is a new wrinkle in several years’ worth of musical chairs at the daytime talk show.

The move came after comedian Michelle Collins was let go from the show. Whoopi Goldberg, Joy Behar, Candace Cameron Bure and Paula Faris all still remain for the current Season 20.

Haines’ addition had been a topic of speculation since June, shortly after Collins was given the boot, and Raven-Symone‘s departure has been rumored in recent months as well.

With reports that the star may exit the ABC daytime talker, TheWrap looks back at her most memorable moments

Defending Bill Cosby When actress Barbara Bowman came forward in 2014 accusing Bill Cosby of rape, Goldberg expressed skepticism and came to his defense. "I’m going to reserve my judgments because I have a lot of questions,” she said.
View In Gallery