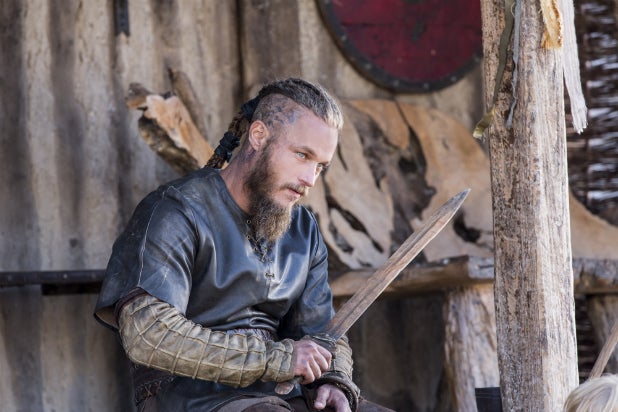 History’s drama series “Vikings” has been given an additional four-episode order as well as a Season 4 premiere date, the network announced Thursday.

The show will return on Feb. 18 at 10 p.m. ET. Beginning on that date, a new episode will air every Thursday for 10 weeks with the remaining episodes to air later in the year.

Season 3 culminated with the extraordinary battle in Paris, where Ragnar (Travis Fimmel) seized victory from the jaws of defeat, but he still returned to Kattegat dangerously ill.

Thoughts of his death galvanize the forces who seek to succeed him as king, including his wife, Queen Aslaug (Alyssa Sutherland), and his oldest son, Bjorn (Alexander Ludwig).

Joining the cast this season are Peter Franzén as King Harold Finehair, a complex character who seeks to be King of Norway and a potential threat to Ragnar; Jasper Pääkkönen as Halfdan the Black, King Harold’s violent younger brother; and Dianne Doan as Yidu, a completely different character within the world of the Vikings who fascinates Ragnar.

“Vikings” is an international Irish/Canadian co-production by World 2000 and Take 5 Productions. MGM Television brought the series to the network and serves as the worldwide distributor outside of Ireland and Canada.

“Vikings” is produced in association with Shaw Media.