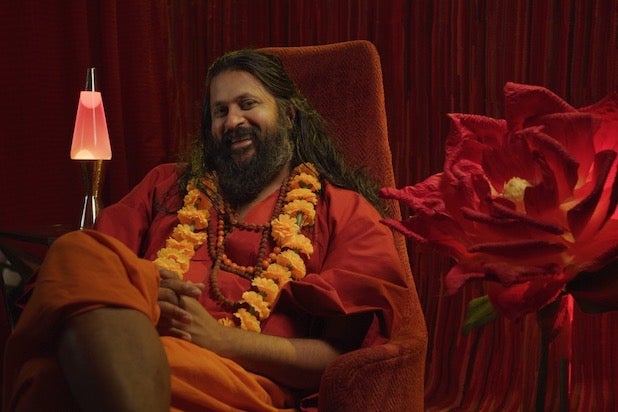 Vikram Gandhi, the filmmaker and journalist who posed as a false prophet and spiritual guide in his 2011 documentary “Kumaré,” will reprise his character for a new comedy series called “The Guru Inside You” to air on First Look Media’s streaming service Topic, TheWrap has learned exclusively.

The original series, which will debut on Topic July 2, is a comedic wellness show that will star Gandhi as the Indian guru Sri Kumaré as he provides his spiritual wisdom and guidance for audiences still stuck at home during the coronavirus.

Episodes will begin in Kumaré’s mythical compound, where he addresses his followers and reports on world events, and feature interviews with self-proclaimed experts and special guests. He will talk about the power of the mind to help us cope with issues of modern living through Kumaré’s teachings.

In “Kumaré,” Gandhi posed as an enlightened spiritual guru who had come to America from the East in order to spread his teachings. After three months, he developed a small following of students in Phoenix, Arizona who believed his spiritual wisdom, at which point he finally revealed to them that he was not real.

The film premiered at SXSW 2011 where it won the Audience Award for Best Documentary before garnering a theatrical release through Kino Lorber.

“When Topic asked me for spiritual guidance, I have to say I was torn. Does the world really need Kumaré? I meditated on that question and realized the answer: Maybe,” Gandhi said in character as Kumaré in a statement. “Due to the great uncertainty of our time, I have returned to help heal your America. Since our real leaders have failed us, perhaps it’s time for a fake one? I invite you all to embrace the power of your iScreens and MyPhones, and take a moment to join me, so we can find the guru inside you!”

“In a time of such global change, people are looking for prophets to lead them in the right direction, even false ones! Jokes aside, while we’re fighting for what’s truly just in the world, we think we could all use some fun and laughter to bring us a little closer together, and Kumaré is here to do just that,” Ryan Chanatry, general manager of Topic said,

“Vikram is a filmmaker with a strong point of view on the world, and a unique way of conveying his message – in this case, that the wisdom we seek outside ourselves we actually possess within,” Gena Konstantinakos, VP of Originals at Topic, said in a statement. “Plus he’s really funny.”

Gandhi is an executive producer at Prophets Films and worked on the HBO documentary series “VICE” as a producer and correspondent. The series currently airs new episodes on Showtime. He also directed and produced the biopic “Barry” on President Barack Obama. In 2018, Gandhi directed and produced the Netflix series “Trigger Warning with Killer Mike” and “Grass is Greener.”