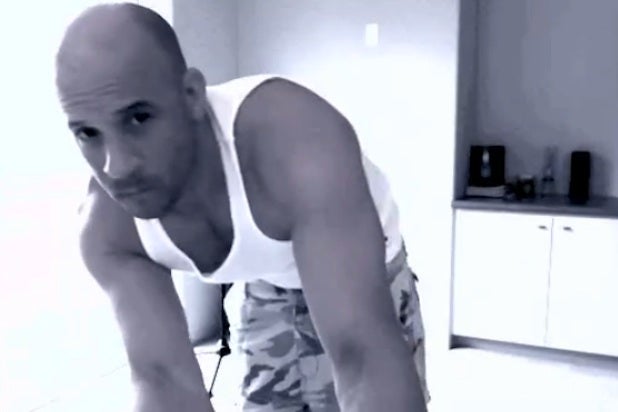 Vin Diesel is so excited that “Riddick” has topped the DVD sales charts that he decided to bust a move on Facebook for his massive online following.

The star and producer of the science fiction film, a sequel to “Pitch Black” and “The Chronicles of Riddick,” rocks out to Katy Perry‘s “Dark Horse” for over three minutes without explanation in a video (below) he posted on his Facebook page on Tuesday morning.

“Guys, I’m just excited, I’m happy. And I’m calling you guys, or shouting out to you guys, to say ‘Thank you.’ Universal just called me and told me that ‘Riddick’ is number one on the DVD charts. There’s no way in the world ‘Riddick’ would have been made without you guys,” Diesel eventually says. “Of course, Universal is also saying they want to develop the next one.”

Diesel also shares with his 63.6 million Facebook fans that he couldn’t go to the Grammys on Sunday because he was busy preparing for production to resume on “Fast and Furious 7.”