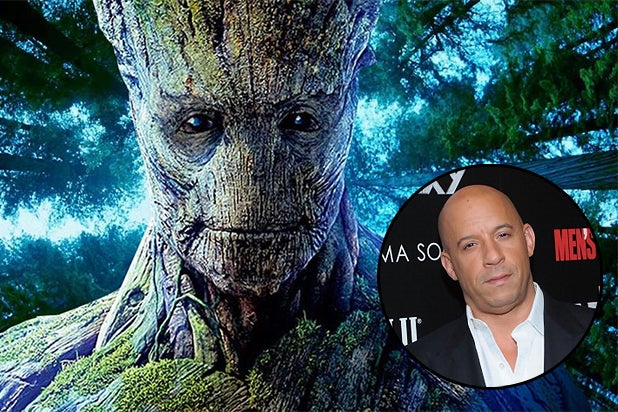 If at first you kind of succeed, try try again. Or it would seem, as Vin Diesel appears to be trying to gin up interest among his legions of fans for a “Guardians of the Galaxy” spinoff film focused on his character, the sentient plant named Groot.

“It’s something that James Gunn has talked about, and something that I know he’d love to do,” Diesel said, adding that he subsequently thinks a Groot pic is “inevitable.”

Also Read: Did You Miss Baby Groot in 'Guardians of the Galaxy Vol 2' Trailer? Here He Is (Photo)

“I think he’s such an interesting character, and there’s so much to learn about him. I’d love to go back to his planet and learn more about him — and I think the world would. He’s really a genius on a lot of levels, and it’s just that we can only hear him say ‘I am Groot’ because of our sophistication level, not his,” Diesel added.

This isn’t the first time Diesel has tried to will a project or role into existence via fan enthusiasm. In 2013 he lobbied Marvel hard to portray Groot, posting photos from a visit to Marvel HQ to his Facebook page. That post generated a huge reaction from fans which reportedly influenced Marvel to announce him as the voice of Groot that year at Comic-Con.

He has, after all, more than 100 million fans on Facebook alone.

Will it work again to get a Groot spinoff off the ground? Well, a year later Diesel tried to repeat the trick with a post to his Facebook page celebrating the success of “Guardians.” “Vin and Marvel… you all made it happen!” Diesel said in the post. “I get the strange feeling that Marvel thinks I’m Inhuman… Haha.”

That “Inhuman” was a reference to the Marvel superheroes “The Inhumans,” created in 1965 by Stan Lee and Jack Kirby and at the time was being developed as a feature film. Diesel was widely assumed to be gunning for the role of Black Bolt, leader of the group. Fans reacted much the way they did to Diesel’s pre-“Guardians” lobbying, but alas, it wasn’t to be. Marvel took “Inhumans” off its film production schedule at the beginning of 2016, and the characters will now be the focus of an eight-episode ABC series, Marvel’s “Inhumans” set to debut in September.

Marvel has never announced plans for a Groot standalone movie. And given the company’s packed upcoming slate — nine Marvel Cinematic Universe films are on the schedule, from “Guardians of the Galaxy Vol. 2” this May to 2019’s untitled “Spider-Man: Homecoming” sequel — a standalone film centered on the fan favorite talking tree is, probably, very unlikely. Luckily for Vin, Groot should be around for a long time regardless. In addition to “Guardians 2,” he’ll be appearing in 2018’s Russo Brothers-directed “Avengers: Infinity War,” and likely the film’s 2029 sequel.