Vin Diesel will produce not just one more film but one more trilogy for the “Fast & Furious” franchise, the actor announced on his Facebook page Sunday.

“Universal has been so good to me and so trusting of the vision… they have been like family,” Diesel wrote. “I promised the studio I would deliver one last Trilogy to end the saga.”

No release dates have been set for the trilogy yet — instead, Universal Pictures and Diesel, who became a producer of the franchise in 2008, are focusing on finding a director for “Fast 8.”

“My producing partner Neal [Moritz] would love for me to just sign off on a director, but this is too special a franchise, so these matters have to be very carefully handled,” Diesel wrote. “To be clear, NO ONE has been offered to helm ‘Fast 8’ yet… let alone seen a script.”

Moreover, Diesel wrote that he will “announce the directors for the films” on his next post.

The “Fast & Furious” franchise has grossed more than $1.2 billion domestically since its first movie in 2001. 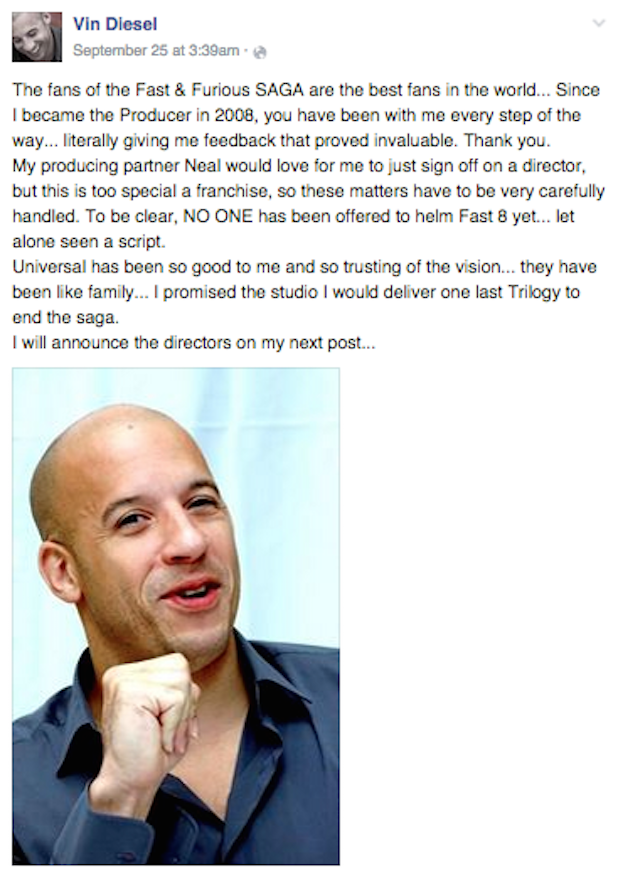