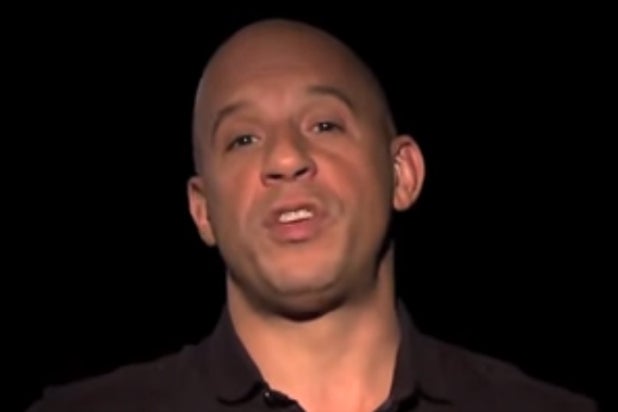 Vin Diesel is the literal and figurative big man on Facebook’s online campus, and he often uses his massive platform to tease upcoming projects. On Sunday, the man behind “Guardians of the Galaxy’s” Groot teased his possible involvement in another Marvel movie, “Inhumans,” using his Facebook cover photo as bait.

The photo is suspiciously not currently available to embed, but TheWrap grabbed a snapshot. The cover photo, which was only up for six hours, shows Diesel in an Inhumans shirt, standing in front of a simple question: “ARE YOU INHUMAN?”

As you can see by the stats at the bottom, the picture had a pretty swift online impact. Still, hours later, Diesel replaced it with the below photo of him and a pooch — also a hit.

“Inhumans” is set to be released on Nov. 2, 2018. It will mark Marvel’s 20th film. The niche title about a race of alien superbeings from the dark side of the Moon has been in development for quite some time.