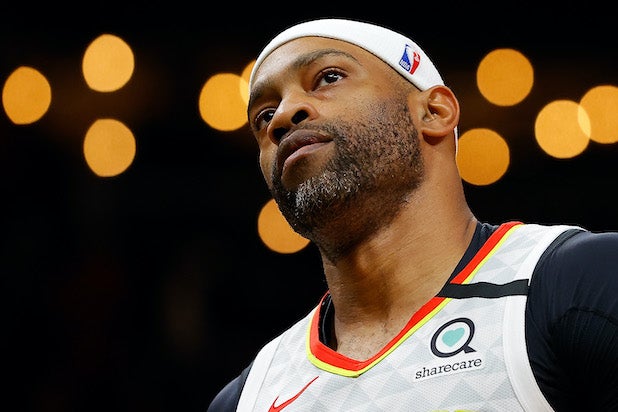 ESPN has signed eight-time NBA All-Star Vince Carter to a multi-year contract. The 2000 NBA Slam-Dunk Contest champion will serve as an NBA and college basketball analyst.

Carter, who is the only player in NBA history to play 22 seasons, will do all of the studio shows in addition to providing analysis during NBA and ACC men’s basketball games.

Why the ACC? If you can remember way back to the 1990s, Carter was a standout on the University of North Carolina Tar Heels, which play in that conference.

Carter attended UNC for three years after playing like a man among boys at Mainland High School in Daytona Beach, Florida.

Prior to his retirement from the NBA, Carter provided guest analysis on ESPN platforms. Now he’s officially on the/yet another team.

In 2000, Carter was the scoring leader on the gold medal-winning U.S. Men’s Olympic Basketball Team.

He then went to the New Jersey Nets, where he earned three more consecutive All-Star appearances.

Carter played for a total of eight NBA teams throughout his career. He retired from the NBA after the 2019-20 season.