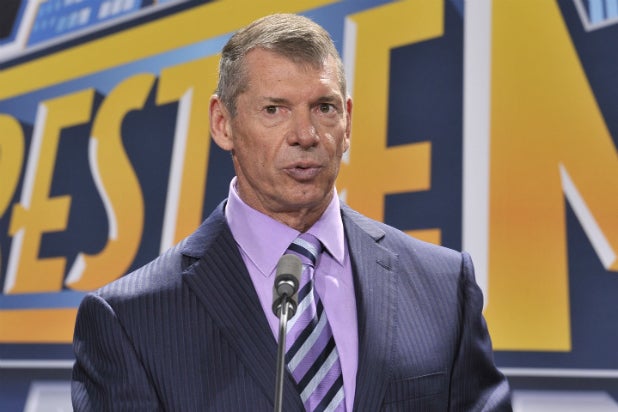 When TheWrap asked a WWE spokesman if this latest liquidation — which took place on Nov. 30 and totaled $22,866,524 — is for the same purpose, the rep replied that McMahon “doesn’t disclose why.”

A spokesman for the XFL did not immediately respond to TheWrap’s request for comment on if the raised capital will be reallocated to the professional football league. In late June, a person with knowledge of McMahon’s plans said the billionaire would invest $500 million of his own money into the rebooted XFL.

Also Read: WWE Wrestlers Robbed While in Minneapolis for '205 Live' (Photos and Video)

Remember the XFL? That was the league that folded after just one season and lost tons of money for both Vince’s WWE and partner NBC.

The new XFL is set to launch in February 2020 — and it’s going to be pricey to get off the ground. CEO and commissioner Oliver Luck has said the biggest cost for the league will be players’ and coaches’ salaries, with TheWrap confirming the average paycheck for the XFL’s planned 40-man rosters is set around $75,000. (For frame of reference, the original XFL players got an average of $45,000 for 10-week’s of game time.)

The insurance to cover injuries also accounts for that large dent McMahon is planning to put in his pocket, with the XFL’s premiums coming to over $10 million a year, an individual with knowledge of the pricey policy previously told TheWrap.

Also Read: 7-Time WWE World Heavyweight Champ Edge on Where He Ranks, Size-Wise, in the Land of 'Vikings'

On Wednesday, the new XFL will unveil its eight cities and venues for the inaugural season.