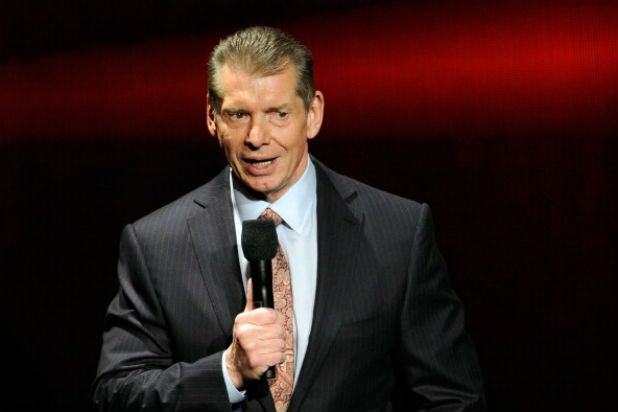 WWE Chairman Vince McMahon said that his wrestling content will stay “in a PG environment,” and that the company is not going back to what he called the “gory crap” of its famed “Attitude Era.”

It will be “a bit edgier,” however, he acknowledged. That phrase was introduced by a media analyst’s question on WWE’s second-quarter 2019 earnings conference call.

“We just haven’t come anywhere close, actually, to going to another level,” McMahon said of loosening the family friendly reins a bit. “There will be something we do in terms of a direction of content — more controversy, better storylines, etc. But at the same time, we’re not gonna go back to the quote ‘Attitude Era,’ and we’re not gonna do blood and guts and things of that nature, such as being done on perhaps a new potential competitor.”

That last part of his quote was referring to upstart All Elite Wrestling (AEW), which will launch a weekly wrestling show this October on TNT. AEW has had a successful run of pay-per-view events, and its locker room houses many WWE alums, like Chris Jericho and Dean Ambrose, who now again goes by his indie wrestling name Jon Moxley.

“We’re not gonna go back to that gory crap that we graduated from,” McMahon continued, adding that a “more sophisticated product” attracts better writers and better managers. “I feel really good about it.”

A little later on the call, McMahon again referred to AEW’s (though not by name) “blood and guts,” saying, “I can’t imagine TNT will put up with that.” The basic cable channel won’t have to, if what AEW co-founder, talent and ex-WWE Superstar Cody Rhodes said Wednesday at the Television Critics Association press tour holds true.

To be fair to Vince not specifically saying the words “All Elite Wrestling” or its initials, the pro-wrestling promotion’s Turner series is still untitled. We asked everyone involved on Wednesday why that is.

WWE missed on Wall Street’s revenue expectations for Q2, but it beat on earnings forecasts.