Jagger has been acting for nearly a decade (he co-starred in Rhys Ifans‘ 2010 crime comedy “Mr. Nice”), though he still doesn’t have a photo on his IMDb page. The up-and-coming actor honed his craft at Black Nexxus, a New York studio where he studied under renowned acting coach Susan Batson, who helped prepare Nicole Kidman for her Oscar-winning role in “The Hours.”

Jagger’s journey led him to sign with WME and Framework Entertainment’s Allan Mindel, whom he met while playing SXSW with his punk band Turbogeist. Jagger’s drummer knew actress Dree Hemingway, who was represented by Mindel. After several years as an actor toiling in the trenches — where his famous last name felt like a burdensome “curse” — Jagger had grown frustrated with Hollywood, but after chatting with Mindel he eventually signed with the manager, who gave him a renewed sense of optimism about the industry.

Jagger had only seen the first episode of “Vinyl” at the time this interview was conducted, though he promised that his character has more layers than initial appearances might suggest, as Kip has a significant arc this season. Read the interview below to learn how Jagger felt about working with his famous father and his “Vinyl” co-creator Martin Scorsese, who directed the two-hour pilot.

What can you say about the audition process and working with Martin Scorsese?

It was quite a process. I had to self-tape and send it in, because I was in London. Ellen Lewis was casting the pilot and they sort of liked my tape, but they didn’t love it. I wasn’t going to get an offer out of it, but they said they’d see me again if I could wait a bit. Two weeks later, I auditioned in person for Ellen and that was such a nervous process. It’s never simple, it’s always nerve-wracking. Then I had to go back to London, and two weeks later, they said I got the part. I’ll never forget that moment.

Working with Marty was quite interesting. He makes you feel really comfortable. In terms of direction for the character, he wanted me to swag him up and make him a bit of a gunslinger. He’s a master with dialogue. He’s awe-inspiring, but at the same time, you can talk to him about things and he’s very personable.

You contribute original music to the show along with your father. What was it like to collaborate with him as an artist? Did he give you any advice before you did the show?
It was great. It was a really nice thing to bond over as father and son. As an artist, he really helped me with some of the lyric ideas and was helpful as a source in describing the melting pot that was New York in the 1970s. He’s such a history buff and was very helpful in terms of placing certain things and helping them make sense. He didn’t really give me any advice, but he’s always been really supportive of whatever I’ve been doing.

What do you make of the inevitable comparisons people will draw between you and your father? Are they fair, or is it lazy of the media and fans?
It’s both. It’s fair and it’s lazy. It’s fair enough to say I look like my father, but show me 10 fathers and 10 sons and I bet more will look like each other than not.

Kip says he cares about “fucking, fighting, nothing.” Do you think stereotypes of the punk musicians from that era are fair, or is the nihilism exaggerated for dramatic effect?
The nihilism is exaggerated for dramatic effect. Someone like Kip has a lot of angst and pain, and that kind of lends itself to putting up a big brick wall. As you’ll [come to] see on the show, you see this is kind of a front this guy carries with him the whole time. He’s not a pure nihilist, he’s just had some bad times and put up this shell which could be misconstrued. But he cares about a lot more than that. 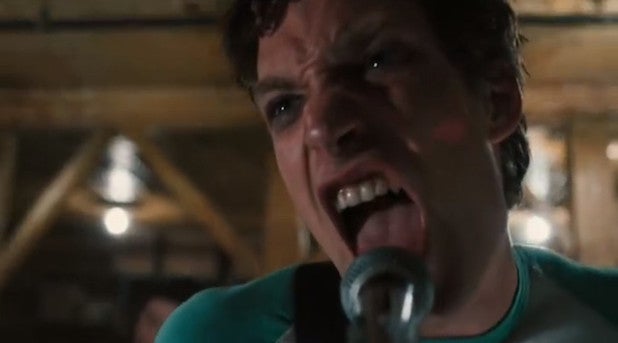 Is it hard to distance yourself from this character, and as an actor, does it wear on you to play such an angry guy?
Yeah, definitely. There are days where you don’t want to be like that. It can be hard, but at the same time, I always think it’s more interesting to play someone with a bit more depth to them. It’s more fun for an actor to portray. But I could never, like, go straight home and go to sleep. I had [to undergo] a reconditioning of my own identity every night when I got home. I’d go through a routine before I could sleep well. I also had to give (co-star) Juno [Temple] a few hugs.

In real life, you have your own band, Turbogeist. How are you different on stage than Kip?
Anger. I always enjoyed myself a lot when I performed as myself. It gave me a real sense of freedom. Kip is so heavily affected by his swagger and anger. His whole vibe is a lot more aggressive.

The Nasty Bits’ punk sound changes over the course of the show. Is punk dead these days?
No, I don’t think punk is dead. The spirit of punk isn’t dead, it’s just not in the mainstream of popular culture. I feel like modern western music has become so staid. I don’t think there’s any space for a revolutionary musical sound anymore. It would have to come from a different place.

You come from the theater, so do you prefer acting on a closed set and getting multiple takes, or do you prefer to feed off the energy of a live crowd?
I like feeding off the energy of a crowd. I’ve found that performing a play, you can get into the rhythm of it and get comfortable. You can really let loose and play with it. With TV, and certainly on a production of this scale, I feel the pressure, especially given my level of experience. The clock is ticking. You get multiple takes, but you don’t want to mess up and make them re-set scenes, so you really do feel the pressure. I’d never worked in TV before, so it was an entirely new way of working. They work at such an amazing pace, it really is impressive.

You played John Turnbull in the Ian Dury movie “Sex & Drugs & Rock & Roll” with Andy Serkis. Are you worried about being type cast as a rock star? At some point, will you say enough’s enough?
Yeah, absolutely no more junkies and rock stars. That’s all I’ve done so far. Ultimately, no actor wants to get typecast, but if you do a good enough job, you’re not going to get typecast for long.

You grew up somewhat in the spotlight, but you’re still a relative unknown to American audiences. That’s all about to change with “Vinyl.” Are you prepared to lose that anonymity once the show airs and people start recognizing you?
It’s a wonderful opportunity for facial hair and hats. I do think it’s quite ridiculous when actors complain about the lack of anonymity and being sort of bothered by their fame, because it comes part and parcel with the job. It comes with the territory, so I’m not worried about it.

What’s the biggest difference between the British and American press?
The accent. I’d say there might be a difference. We have quite a high level of snooty, holier-than-thou news sources. America is not quite there yet. The press is this nosy neighbor that exists in the U.K.

Your mother, Jerry Hall, was in the original “Batman” movie, and I saw a New York Times video in which you said you’d love to play Batman. Do you still feel that way, or is there another character you’d like to play?
I’m not a huge fan of superhero movies anymore. It’s a genre that has become a little bit bloated of late. There are some really great comic books being made right now, but it’ll be a long time before we see them realized in film. They could at least try one instead of rattling the same ones over and over. They’re going with these old institutions because they know they’re going to make bank, but it’s not a good thing for film in general. I’ve enjoyed those movies in the past, but there’s just far too many right now.

And yet you’re a real superhero in your own right, as one of five board members involved in the charitable organization Project Zero, which protects the oceans. Why is ocean conservation so important to you, and what are the main problems plaguing our oceans?
It’s important to me because it’s a problem, and I don’t feel like there’s that much attention given to it. I know a huge amount of funding is given to protecting the land, but a fraction of that is given to the ocean. It’s minuscule in comparison. There’s many problems, but unregulated over-fishing is one of the biggest problems. Pollution is one the biggest problems the ocean faces along with climate change. That one is linked with so many other things, you’ve got to be mad about it. 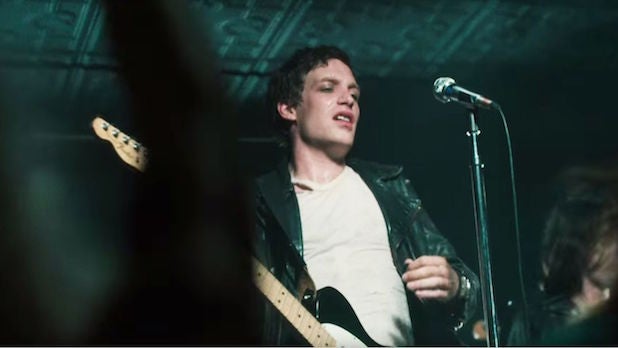