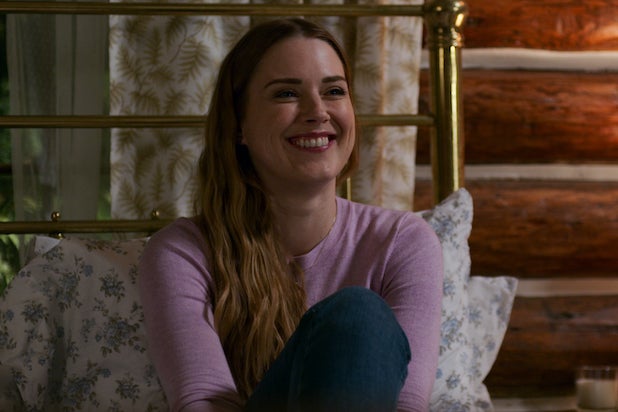 Drama, drama, drama: “Virgin River” has been renewed for a third season, Netflix said on Friday.

That news means we’ll get some payoff on those Season 2 cliffhangers, like Jack (Martin Henderson) being shot, the whole Paige/Michelle’s (Lexa Doig) dead-husband’s-twin-brother thing, a child-sized wrench being thrown in Preacher’s (Colin Lawrence) plans to move to San Francisco and become a fancy chef and Doc (Tim Matheson) getting some mysterious — and seemingly bad — health news from another doc in another town.

No premiere date has been set for the upcoming Season 3. The second season debuted on Netflix on Nov. 27.

“Virgin River” follows a recently widowed big-city nurse (Alexandra Breckenridge) who moves to the redwood forests of northern California, where she meets an intriguing man (Henderson).

The series also stars Lauren Hammersley and Annette O’Toole. Joining the cast for Season 3 will be Zibby Allen and Stacey Farber. Allen will play Brie, the sister of Jack (Henderson). Brie is described as “a lawyer who is smart, hard-charging, ballsy and a whole lot of fun.” Farber will play Tara Anderson, Lily’s (Lynda Boyd) daughter, who is helping her with Baby Chloe while her three other siblings are living away from home. Allen’s role will be as a series regular, while Farber’s is recurring.

“Virgin River” is based on the bestselling Harlequin book series by Robyn Carr.

Watch the show’s biggest will they/won’t they (they will, and pretty much have at this point) announce the renewal news via the video below.

Also Read: 'Kevin Hart: Zero F**ks Given' Was Watched by More Than 21 Million Homes in 4 Weeks

#VirginRiver fans — good news: the show was just picked up for a third season! pic.twitter.com/ingnnE8fP4