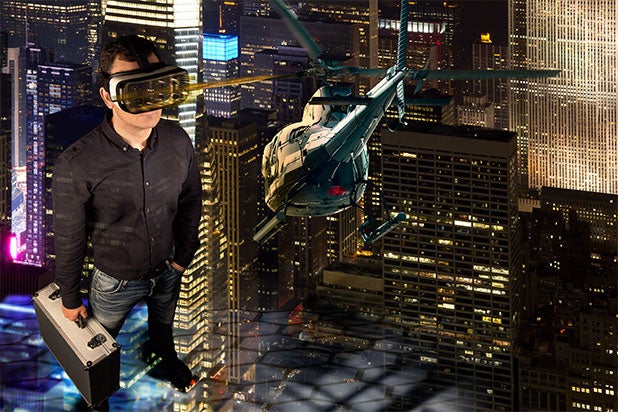 In an interview with TheWrap, specializes in story-based VR experiences, says VR will compliment, rather than cannibalize, the moviegoing experience.

“[VR] is not a medium to make movies through,” said Milk. “New art forms do not replace the old.”

Also Read: How Cooking Meth in Virtual Reality Can Bring People Closer Together

Milk pointed out how the invention of television didn’t spell the end for movies, and before that, how movies didn’t kill theater. Instead, Milk says, VR will develop as a separate medium with its own artistic and creative conventions, alongside movies and television.

“What we are on the horizon of is a completely new medium of storytelling, one that does not feel like a movie or television show,” said Milk. “It’s something completely different, and it’ll be a part of our lives just like the other art forms we connect to.”

In other words, don’t expect this to play out like the various incarnations of 3-D filmmaking trends, with people bringing their VR headsets to movie theaters.

Milk — who has worked on VR partnerships with “Mr. Robot,” Vice, and U2 — sees VR as medium tailor-made for changing media consumption habits.

Instead of sitting down to watch something for two hours, VR allows its users to experience their favorite franchises from the point-of-view of its characters — on their time. As Milk put it, VR is great for a “a half-hour lunch break.”

According to a new report from PricewaterhouseCoopers, 70 million Americans are expected to own VR headsets by 2021. That makes for a lot more users that’ll need content on their lunch breaks.