French conglomerate Vivendi announced on Sunday that it is finalizing a deal to sell 10% of Universal Music Group to Pershing Square Tontine Holdings, a SPAC run by hedge fund manager Bill Ackman.

The deal comes as Vivendi is still moving forward on plans for an IPO of the music label by late September. 20% of the label, whose signed artists include Rihanna and Lady Gaga, has already been sold to Chinese conglomerate Tencent, and the label has also been valued at $40 billion.

“After the 20% equity stake acquired by the Consortium led by the Tencent group, the arrival of major American investors provides further evidence of UMG’s global success and attractiveness,” Vivendi said in a statement. 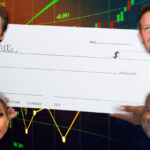 SPACs, or “blank check companies,” have made financial headlines this year as former athletes like Colin Kaepernick and Shaquille O’Neal, as well as companies like DraftKings and Redbox, have used them as a new business venture. SPACs are created to raise money through an initial public offering with the intent of acquiring another company, providing investors with a new way of gaining profit.

Since Vivendi is still taking the majority of UMG public later this year, Pershing Square Tontine says it will use funds not going towards the UMG acquisition to buy another company to take public. The deal is subject to a vote by Vivendi shareholders this Tuesday.

Between the two minority stake sales and Vivendi’s plans to retain 10% through 2023, that leaves 60% of UMG to go public this fall. The current valuation for the music label is more than double that of the IPO for Warner Music Group, which went public last year at $15 billion and is currently valued at approximately $18 billion.