Taylor Swift didn’t appear at Sunday night’s MTV Video Music Awards — but not because she wanted to avoid Kanye West and Kim Kardashian. Instead, she was on jury duty.

According to several tweets, the “Blank Space” singer was performing her civic duty on a Tennessee jury. One fan took it upon herself to document the whole thing, taking several photos and videos of Swift interacting with the other chosen jury members.

The singer also signed autographs and took selfies with the fans in the room.

It isn’t clear what case Swift was picked for.

Meanwhile at the VMAS, West had nothing but love for Swift.

“People come up to me, like, ‘That’s right, tell Taylor!’ I’m like, ‘Bro, I love all y’all! That’s why I called her!'” West was referencing his ongoing feud with Swift.

After he dropped her name in a song on his new album, Swift claimed West had not cleared using her name with her beforehand. Kardashian then released a video of a phone call between West and Swift from before the album was released showing them discussing the lyric.

Swift’s rep has not yet responded to TheWrap’s request for comment.

See pictures of the pop star at jury duty below. 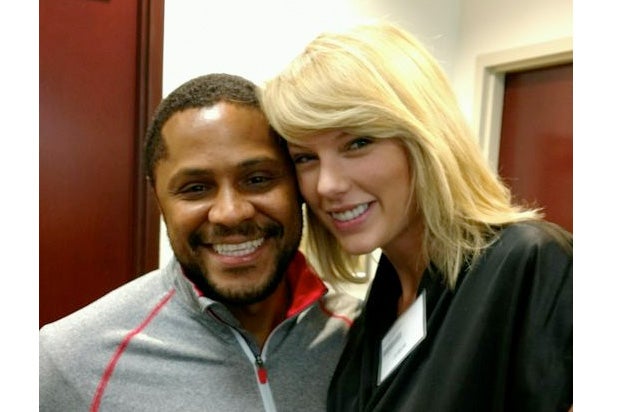