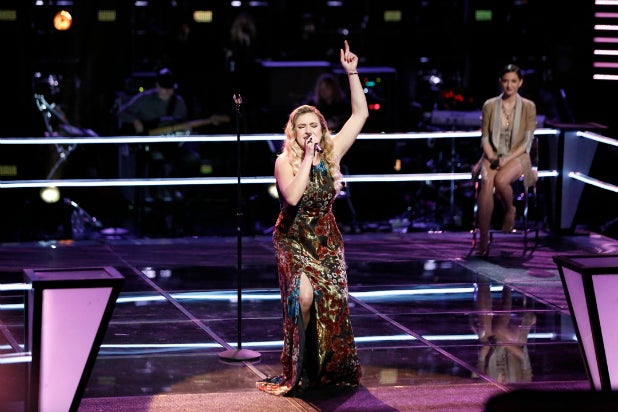 “The Voice” and “Dancing With the Stars” were like No. 16 seeds going up against a No. 1 last night — they were never going to compete with CBS’ NCAA National Championship Game.

Due to the nature of live sports, the fast national Nielsen numbers should be considered inaccurate for CBS and are subject to adjustment. Click here for a better understanding of how UNC’s big win performed historically.

CBS was first in ratings with a 4.6 rating/16 share in the advertiser-coveted 18-49 demographic and in total viewers with an average of 15.4 million, according to very preliminary numbers. A “Big Bang Theory” rerun and pregame show led into the North Carolina-Gonzaga game last night.

Univision and Telemundo tied for fifth in ratings, both with a 0.6/2. Univision was fifth in total viewers with 1.7 million, Telemundo was sixth with 1.6 million.

The CW was seventh in ratings with a 0.2/1 and in viewers with 1 million, airing all reruns.