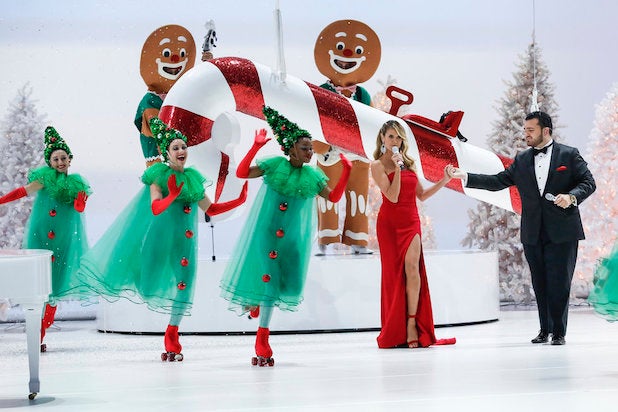 Regardless of who wins Season 15 of “The Voice,” part one of the singing competition’s two-night finale won Monday — and so did NBC. An “America’s Got Talent” holiday special pitched in on that primetime claim.

CBS and ABC tied for second in ratings, both with a 0.7/3. CBS was second in total viewers with 4.7 million, ABC was third with 3.9 million.

Fox was fourth in ratings with a 0.5/2 and in viewers with 2.3 million, airing all repeats.

Univision and Telemundo tied for fifth in ratings, both with a 0.4. Univision had a 2 share, Telemundo got a 1. Univision was fifth in total viewers with 1.3 million, Telemundo was sixth with 1.2 million.