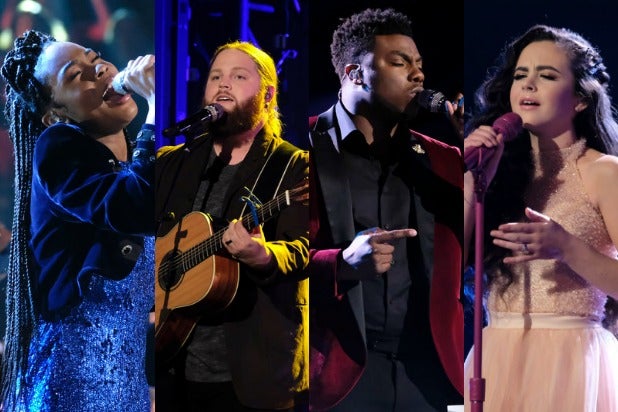 (Spoiler alert: Stop reading this post if you do not want to know who won Season 15 of “The Voice.”)

“The Voice” has found its Season 15 winner: Chevel Shepherd from Team Kelly. Soon after her victory, the show congratulated the 16-year old singer on Twitter.

The other three finalists vying for the title this time around were Kennedy Holmes from Team Jennifer, and Kirk Jay and Chris Kroeze from Team Blake. They each sung for their supper — and music-industry futures — on Monday’s performance finale.

Also Read: 'The Voice' Coaches Go a Cappella With Their Hits on Fallon (Video)

Getting into the spirit of the season, Hudson and Clarkson teamed up to perform holiday classic “O Holy Night.” Legend, who will make his “Voice” coaching debut in the spring, performed “Have Yourself a Merry Little Christmas” with Esperanza Spalding. This others did non-holiday songs.