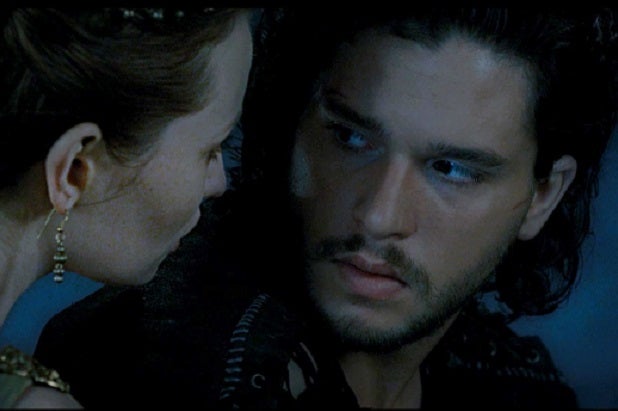 The volcano movie “Pompeii” is poised to be the first big-budget bomb of 2014, if the box office tracking and analysts’ projections are on the money,

“The Lego Movie” should have no problem topping the box office for the third straight week. The only other wide opener is Relativity’s  “3 Days to Kill,” directed by McG, scripted by Luc Besson and starring Kevin Costner. The low-budget thriller is expected to bring in around $11 million over the weekend.

“Pompeii” was financed by Germany’s Constantin Film and produced by Anderson and Jeremy Bolt’s Impact Pictures, with Sony distributing. The budget is reportedly $80 million, though no one at the companies involved was confirming that number.

It was shot in 3D and will likely do better overseas, but getting into the black with a domestic opening like that will be difficult. It’s opening in 13 foreign markets this weekend, including Australia, Germany, Korea and Italy.

A disaster adventure film set in 79 AD, with an ending that we all know, was always going to be a tough sell domestically, even if there is a love story involved. A crowded marketplace doesn’t help; last week, four movies opened wide and the Oscar contenders are still playing.

Some of that competition will come from movies that the Sony already has in the market. “About Last Night” and “The Monuments Men” target different demographic groups, but MGM’s “Robocop” will compete directly with “Pompeii” for the action crowd.

There aren’t many reviews in, but the social media profile for “Pompeii” is poor. On Facebook, it trails “Non-Stop,” the Liam Neeson jetliner thriller that opens next week. And according to BoxOffice.com, it’s just ahead of the action flick on Twitter.

As of Wednesday, advance online ticket sales on Fandango and MovieTickets.com lagged far behind the dominating “Lego Movie”.

If it does flop, “Pompeii” won’t be the first sword-and-sandals saga to go belly-up this year. Last month, Lionsgate’s $70 million “The Legend of Hercules” opened to less than $9 million and has topped out at $18 million domestically. Paramount is scheduled to join the toga party in July, when it releases the Brent Ratner-directed “Hercules,” with Dwayne Johnson as the Greek hero.

Anderson has been a proven moneymaker for Screen Gems in the past. His five “Resident Evil” movies have taken in $916 million since 2002, with nearly three-quarters of that coming from abroad.

The production budget on “3 Days to Kill” is $28 million, less than most action-thriller films, making it a good fit for Relatvity’s strategy of trying to score with low-risk, low-to-mid-range budget films.

The screenplay is by Adi Hasak (“From Paris with Love”) and Besson, and based on a story by Besson. In the film, Costner plays a spy determined give up his high stakes life to build a relationship with his estranged wife and daughter, who must first track down the world’s most ruthless terrorist.

Besson’s EuropaCorp is handling most of overseas, with Relativity overseeing select markets. eOne will release the film in Canada.