There’s a new villain in the Iron Man story: Eyjafjallajökull.
Even the world’s most famous flying suit was grounded Monday on account of the Icelandic volcano, as Paramount and Marvel decided to move the "Iron Man 2" world premiere from London to Los Angeles. 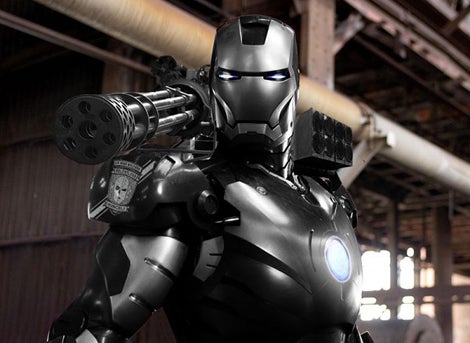 Despite the giant cloud of volcanic ash still hovering over most of Europe, some flights were finally getting through as the week began. But the uncertainty surrounding the travel restrictions proved too tricky for the star-studded world premiere to take place next Monday in London.
Instead, stars Robert Downey Jr., Gwyneth Paltrow, Don Cheadle, Scarlett Johansson, Samuel L. Jackson and Mickey Rourke were expected to brave the Los Angeles smog instead — though none of the stars had confirmed immediately after the venue change.
As for the Londoners who will miss them, Paramount says they’ll still get something.
"Advanced discussions are in progress about a special screening at the Vue Westfield, the original venue for the world premiere on April 26," Paramount said in a statement.
The highly anticipated superhero sequel is set to open May 7.
Tuesday’s European charity premiere of Miley Cyrus’ "The Last Song" also has been canceled due to fallout from the Icelandic volcano.
More to read:
Volcanic Ash Cloud Strands MIPTV, Coachella Travelers