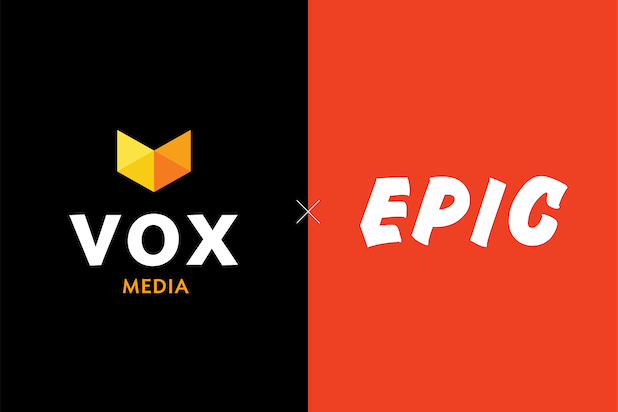 “In Epic, I see not only a company known for sophisticated, character-driven work, but also a group of innovators who, like Vox Media, set out to build a new business model to sustain great storytelling — for the benefit of both consumers and brands,” Marty Moe, President of Vox Media Studios, said in a statement. “With the distribution power and infrastructure that Vox Media has honed over the past decade, Epic’s important work will entertain and inform more fans than ever before.”

Epic, which has over 40 film and TV projects currently in development and has a first-look deal with 21st Century Fox, will remain an independent division within Vox Media Studios.

Current projects include “Little America,” the anthology series coming to Apple’s streaming service; a film about the Silk Road drug empire scripted by the Coen brothers; the forthcoming feature film “King of the Jungle,” starring Seth Rogen and Michael Keaton, based on the Wired article by Davis; and a film that will center on John DeLorean, with George Clooney set to direct.

Epic was founded six years ago by journalists Josh Davis and Joshuah Bearman in an effort to publish “true stories that get noticed,” according to the company. Based in California, Epic works with Fortune 500 companies like Google and IBM to provide brand insights and more than 40 of our articles have been optioned by Hollywood, including Argo, which won the Academy Award for Best Picture. Epic’s first television show, Little America, is forthcoming on the new Apple streaming service later this year.

“We started our companies to thrill, surprise, and entertain audiences with big, ambitious true stories and cannot wait to continue that work inside the Vox Media family,” Bearman said. “The team at Vox Media shares our commitment to create innovative nonfiction and elevate the journalistic craft, something that feels more important than ever.”

Vox Media has similarly been looking for ways to leverage its network of brands, including Vox, The Verge, Eater and SB Nation, in new mediums. In 2015, the publisher launched Vox Entertainment to develop video projects for third-party networks and streaming services. Its slate includes unscripted series No Passport Required for PBS, Explained for Netflix and American Style for CNN. The company also operates a podcast network with more than 100 current shows, including The Ezra Klein Show and Recode Decode.