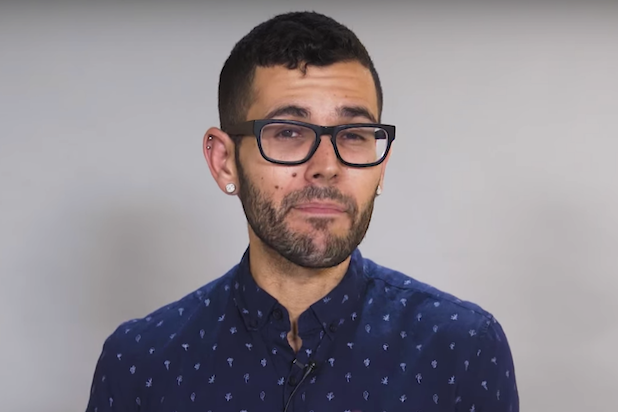 Was Fox News host Sean Hannity a bit of a heartthrob during his early years at the channel? One media critic says the answer is yes.

“Ugh I regret to inform you that younger Hannity used to be kind of cute,” said Vox Media’s Carlos Maza on Tuesday. “Jesus christ I think I have really really severe Stockholm Syndrome.”

Ugh I regret to inform you that younger Hannity used to be kind of cute. pic.twitter.com/RRz8Ei9fbm

“Fox & Friends” co-host Pete Hegseth said Hannity “doesn’t do it” for him in the same way.

Reps for Vox and Hannity did not immediately respond to request for comment from TheWrap.

Maza is most well-known as the host of the the liberal explainer website’s original series “Strikethrough,” which largely focuses on media criticism. As a veteran of Media Matters for America, Maza often critiques Trump and Fox News.

Maza’s opinion of the host for Vox has often been scathing. In one video, Maza attacked Hannity as “cable news’ biggest conspiracy theorist” and said the Fox News host increasingly sounded like Alex Jones.

“I really hate to tell you about young Alex Jones,” he said in a tweet, sharing some swole images of the InfoWars chief.

carlos i really hate to tell you about young alex jones pic.twitter.com/8Uy9z0Ej1g

In fact, Maza’s Hannity observations came in for some finger wagging from many media industry types online, who chided him for breaking ranks.

Many more just said “no.”