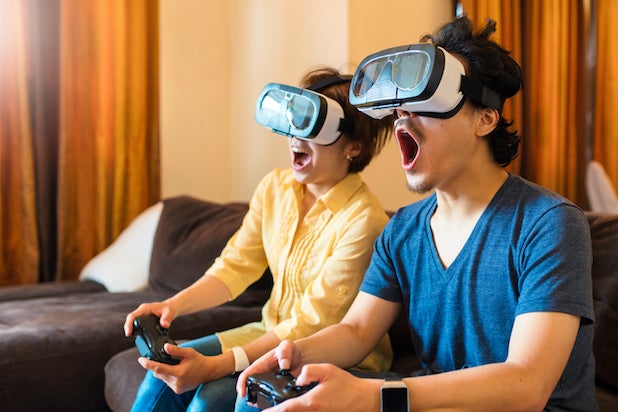 A record $3 billion was raised for virtual reality and augmented reality startups in 2017, including $1.5 billion in Q4 alone, according to new data from AR/VR advisory firm Digi-Capital. That’s a jump from “over $2.5 billion” for all of 2016, a company representative told TheWrap.

About $4 out of every $10 invested went to the budding industry in 2017, with several big deals spearheading the sector’s growth. UK-based Improbable VR raised more than $500 million last May, and “Pokemon Go” creator Niantic hauled in $200 million ahead of launching its Harry Potter AR game sometime in 2018.

The report noted a “cooling” period for VR in the first half of 2017, with money moving to more functional, AR-based tech. Indeed, AR had a banner year in 2017, with Apple leading the way. During the summer, CEO Tim Cook said he was so excited about the tech it made him want to “yell out and scream”; the company then made its latest iOS AR-enabled, bringing the technology to millions of mobile devices.

One trend that’ll be worth watching in 2018: Will VR companies actually share headset sales? With investment rolling in, firms are betting on the technology moving beyond a novelty. But clunky headsets and a need for more content have kept VR from going mainstream — at least for now. Once companies like Facebook’s Oculus and Samsung start sharing more concrete numbers on sales, it will be a better indicator if venture capital’s bet on VR is paying off.

When HBO’s “Silicon Valley” joked about virtual reality earlier this year —  “any idiot could walk into a f—–g room, utter the letters ‘v’ and ‘r’, and V.C.’s would hurl bricks of cash at them” — it turns out the notion wasn’t too far-fetched.