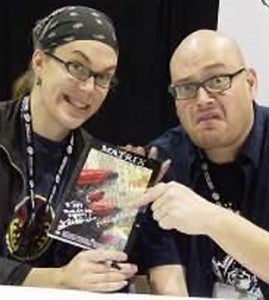 "The Matrix" directors Andy and Lana Wachowski (yes, that’s right — TheWrap checked with WME) have written an original script for a drama that focuses on a "hard R" homosexual relationship between an American soldier and an Iraqi citizen, according to Deadline.

Call it "Brokeback Mountain" meets "The Hurt Locker." All kidding aside, the cinema verite-style treatment apparently begins in the near future and spans back over years that include the current war in Iraq.

The Wachowskis have sent the script out to potential financiers and want to make the film their next directing project.

The Wachowskis recently produced the disappointing "Ninja Assassin," and their last film, 2008’s "Speed Racer," crashed and burned at the box office.