The CW can’t get enough of Jared Padalecki. The CW is developing a prequel series to “Walker” set in the 1880s from Padalecki and series creator Anna Fricke.

Fricke will write the project, which is titled “Walker: Independence” with Seamus Fahey. Padalecki, Dan Lin, Lindsey Liberatore and Laura Terry are on board as executive producers. CBS Studios is the studio.

“Independence” centers on Abby Walker, an affluent Bostonian whose husband is murdered before her eyes while on their journey out West. On her quest for revenge, Abby crosses paths with Hoyt Rawlins, a lovable rogue in search of purpose. Abby and Hoyt’s journey takes them to Independence, Texas, where they encounter diverse, eclectic residents running from their own troubled pasts and chasing their dreams. 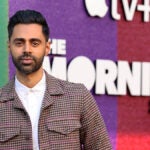 Also Read:
Hasan Minhaj to Star in and Co-Write Bollywood Dance Comedy ‘For the Culture’ at Amazon

The present-day “Walker” series features Abeline Walker (Molly Hagan) and her sons, Cordell Walker (Padalecki) and Liam Walker (Keegan Allen), as well as Cordell’s best friend Hoyt Rawlins (Matt Barr). It is not immediately clear what the familial relationship is between the two groups.

“Walker” is a new version of the Chuck Norris-led drama that aired for eight seasons in the 1990s.